well yesterday, i decided to sculpt my first bio. it's only in 1/6 scale, and i know it's not perfect, just testing my "sculpting waters" i guess, i've sculpted very little in the past but this last week i basically had to sculpt 80% of the armor for a new lostie i'm working on, and upon my (personal) success i decided to do this, SO DON'T LAUGH!! i know it ain't one of paul or casey's but who's is eh? i'm mainly doing this in case HT decides to go with the "pitted" bio, i want a smooth one

first pic is after sculpt and firing, and before carving.... 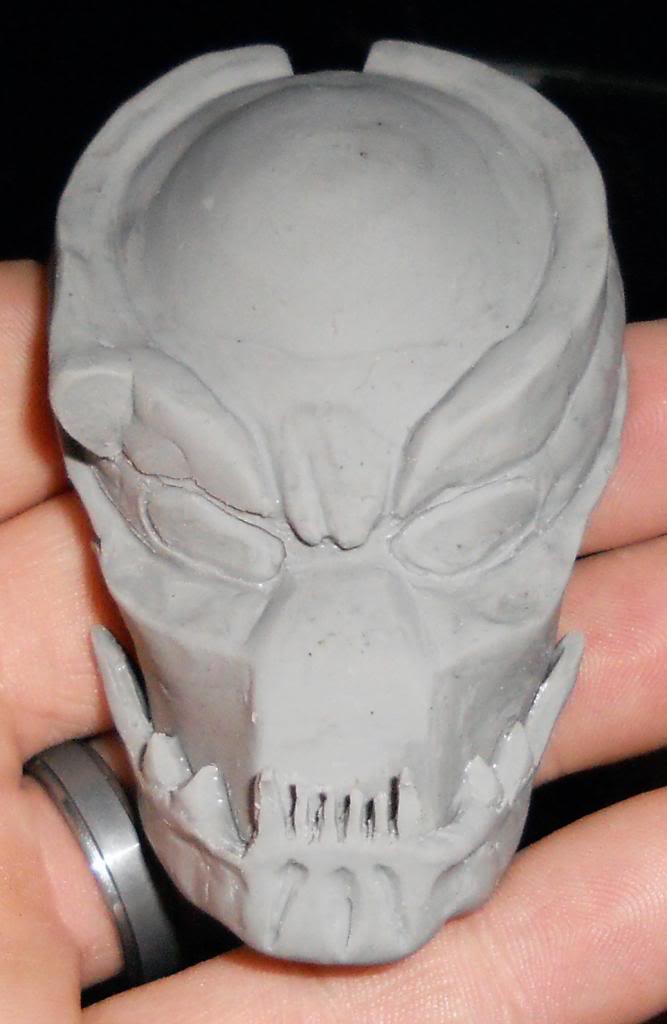 and then a few after carving on it all night, still not quite done, and i'll update when it is finished and painted, but here it is... 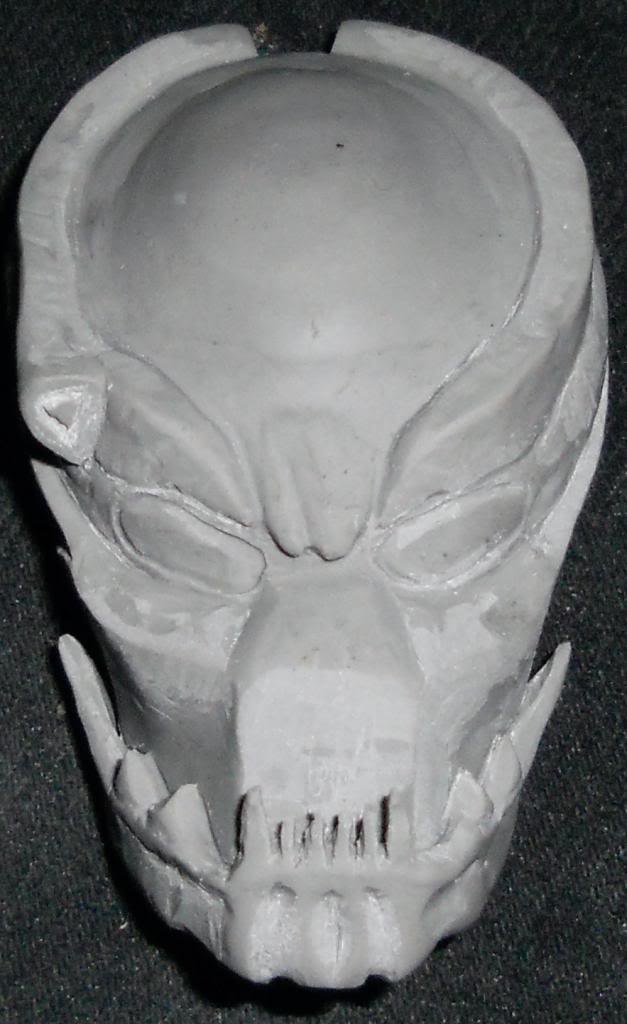 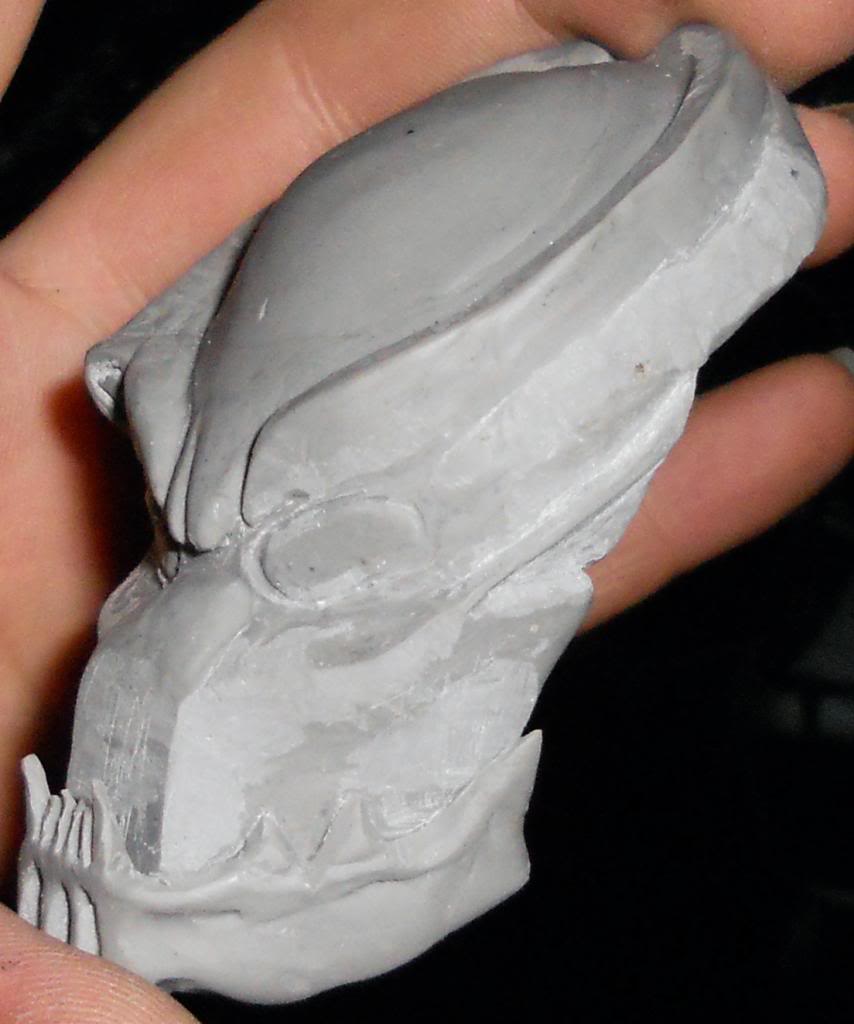 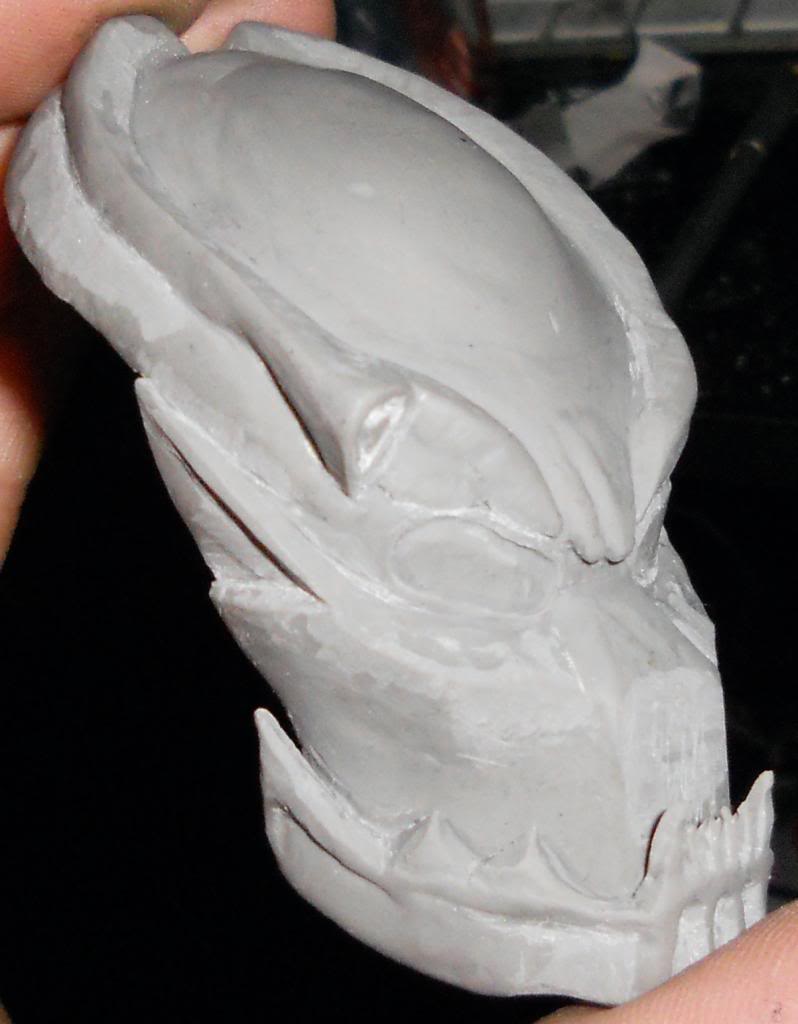 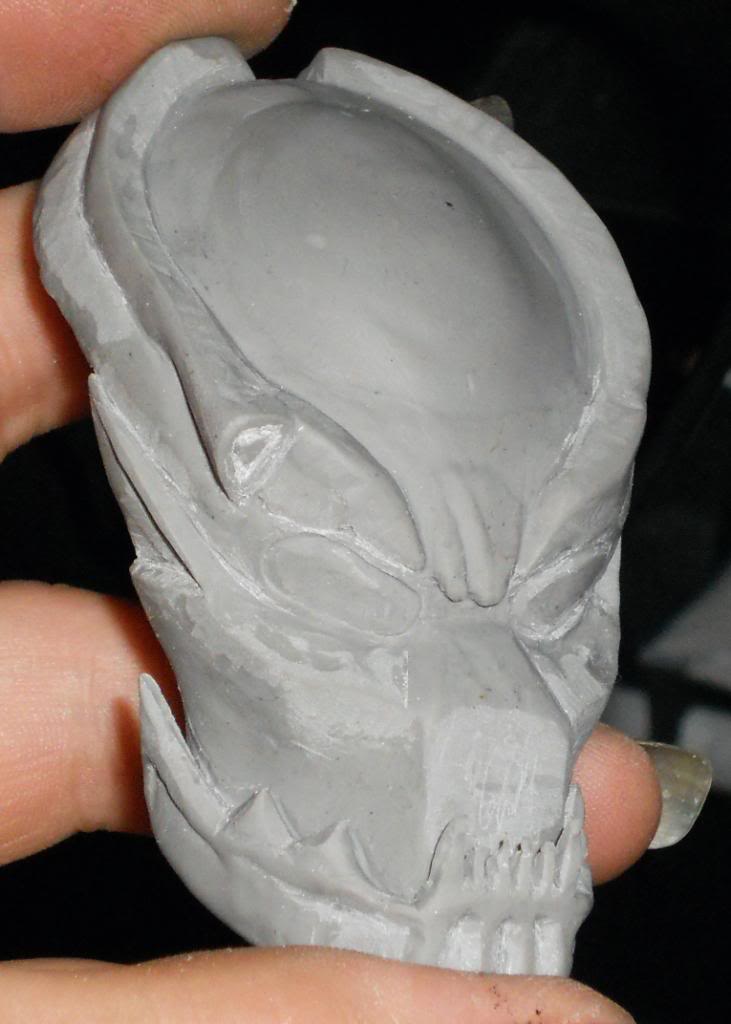 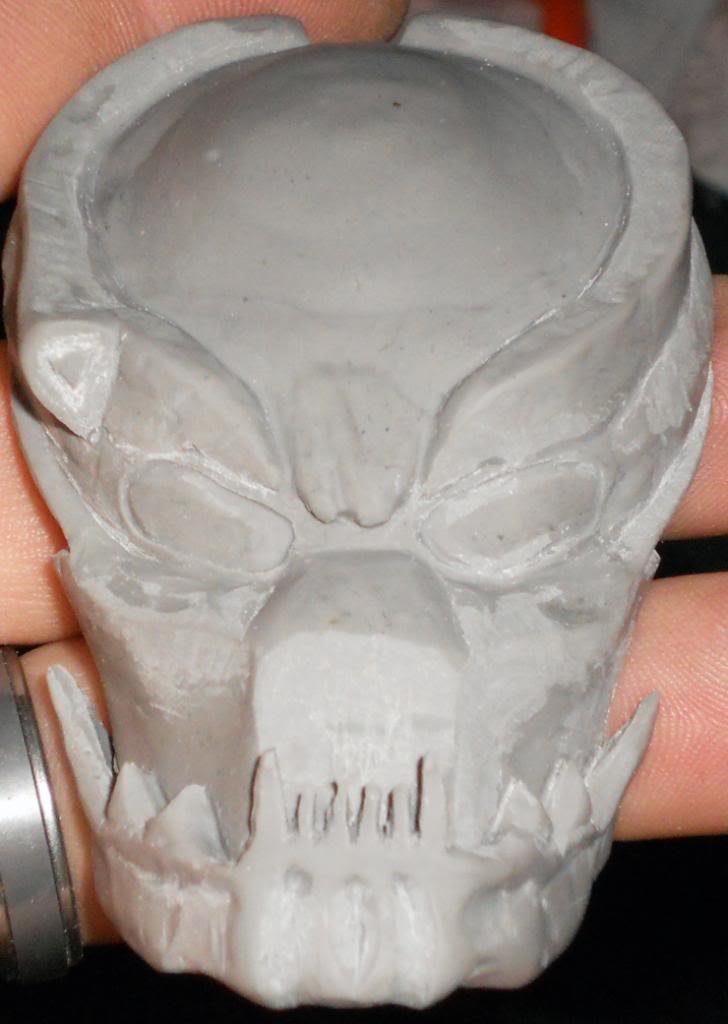 still needs some sanding and some of the details got blanked out by the flash in the carved parts but hopefully you get the idea, and casey, i was lookin at yours while doing this, hope that's not an insult

it is also perfectly hollow and wearable by any hot toys pred, since it was built around a 1/6 predator head shape that i made a while back, for something else that didn't work out.

so i just basically was hoping for some feedback on whether or not i should pursue bigger and better things, or give it up, also hoping it's not the later cause it's pretty damn fun! i couldn't stop!
till i was passing out and dropping the damn thing on the floor

again i am aware of some of the structural "inaccuracies" but all comments and critiques are welcome! thanks in advance guys!

Great job bro! Finish it up, cast it and start pushing them! I'll buy one.

Not bad...infact its damn good. Really makes me wanna make a custom mask for my 7" NECA Classic Pred.

thats very good u sure u haven't sculpted before

Damn! i guess at some point i stopped checking, as many times a day as i look on here it was never the head of discussion, SORRY!! THANK YOU!! that gives me some hope honestly the only reason i realized anybody gave a damn was for some reason it just popped in my head a few min ago that when i initially posted it, i only mentioned casey and thought "oh ****!! i didn't put hez!! what was i thinking!! sorry buddy! not sure how that happened, i think it's clear to most that you are both masters of your artform!! my bad bro!!


sorry i just felt horrible!!! anyway, i put some paint on it ( nothing more than a quick fix paintup, just wanted to see it for what it was) and snapped a couple. i plan to make it better (especially since a few people actually replied ) probably gonna just make another and fix some things on the new sculpt, but here it is with SOME paint on it... 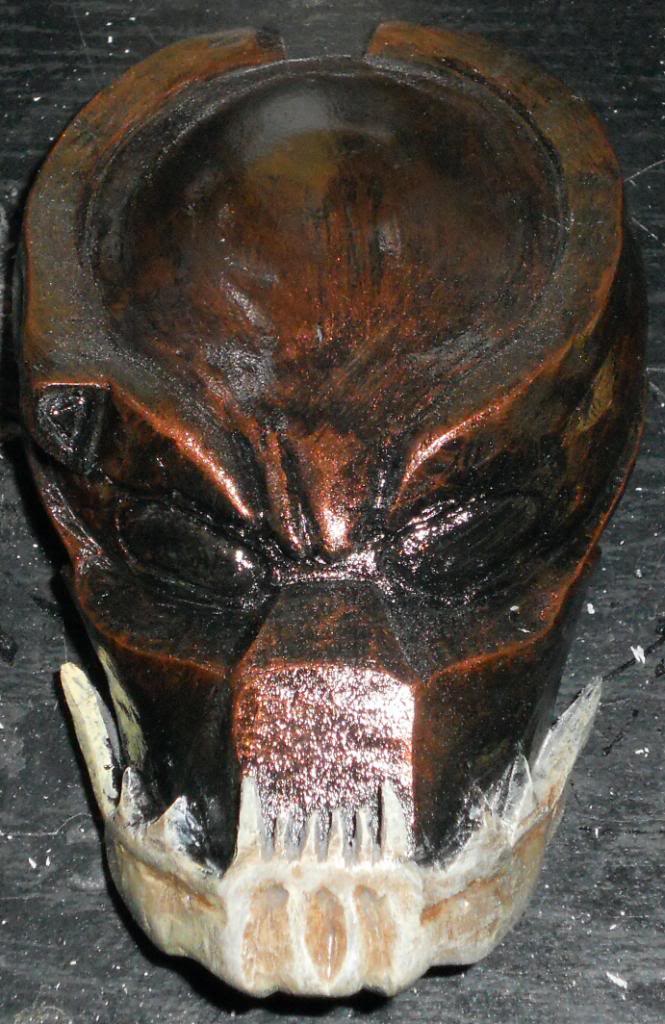 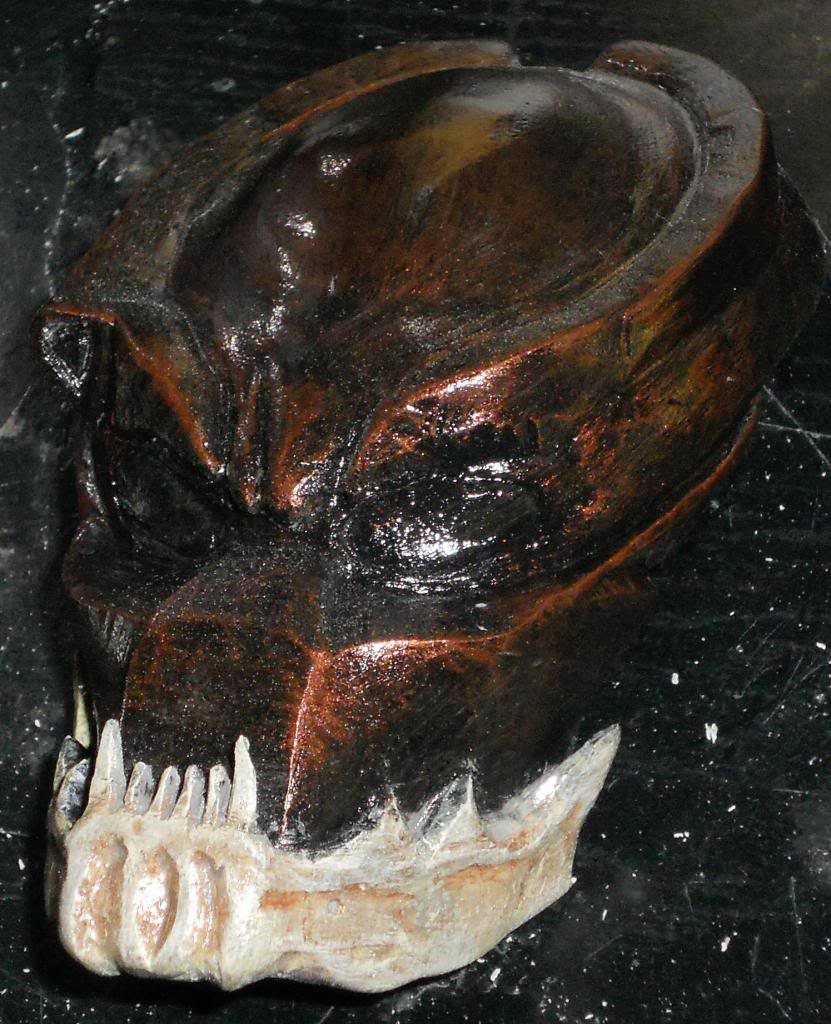 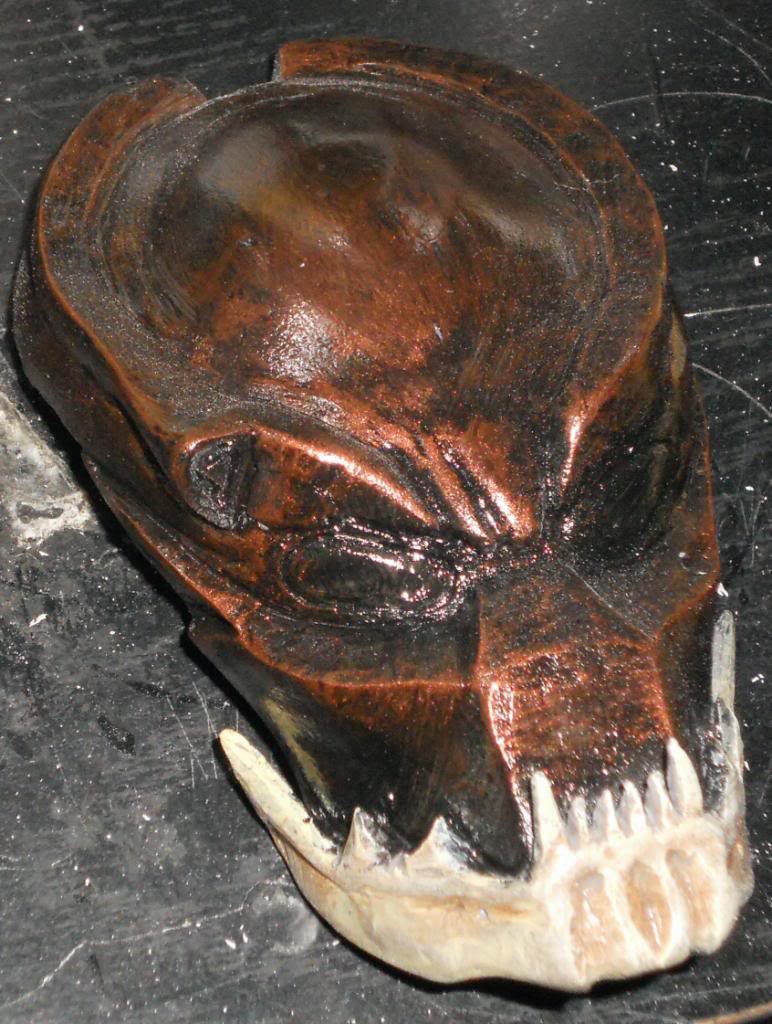 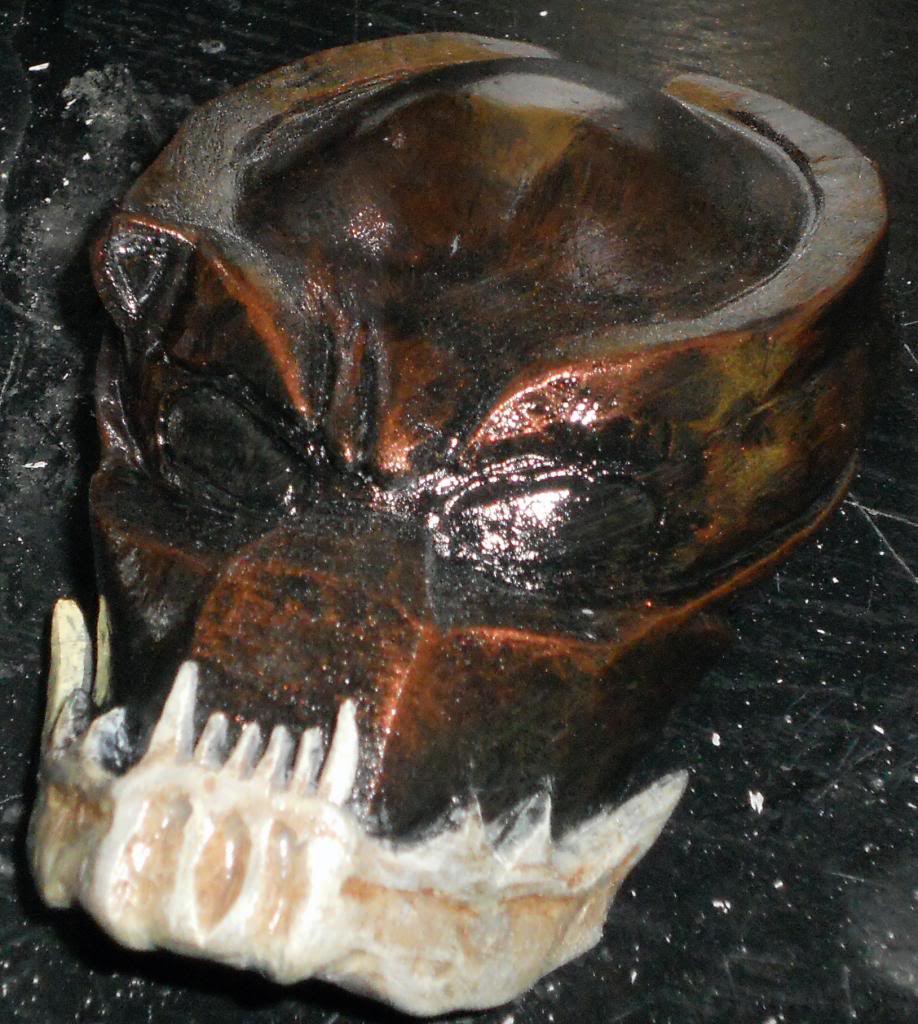 again, i know it's not perfect, never done anything like that (besides that one little bust a while back) but i feel as if i got to know my sculpting tools a bit better so hopefully i'll get the gonies to try something bigger, thanks for lookin guys!!!

I don't know why you would be worried about anyone laughing, I think it looks great!! You should be proud of it!

Yeah, this is a nice & neat sculpt u made - be proud & keep up the good work
Unlike the one i saw on ebay earlier - it looked pretty much like a crocodile