Yowie said:
:lol Thanks for complement.

I think adding keyboards, etc will be too fine for me.
Besides, setting such a standard throughout the ship will quadruple the work load for myself.:facepalm

Going to use an old pair of polarized sunglasses for instant change of light filtering (window). The idea is to have the bottom lens rotate up to 90 deg by a servo motor. Ultrasonic distance detection will determine angle of lens rotation. I want the window shade to go from dark to light as an observer looks closer to see what is behind the widow. This change of filtering reaction will give ADLIB-1 a sense of curiosity matching the curiosity of the observer. 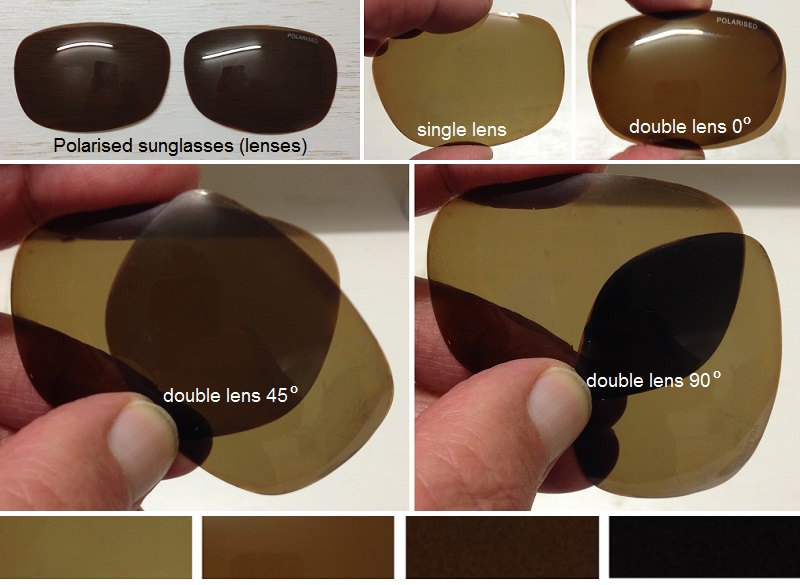 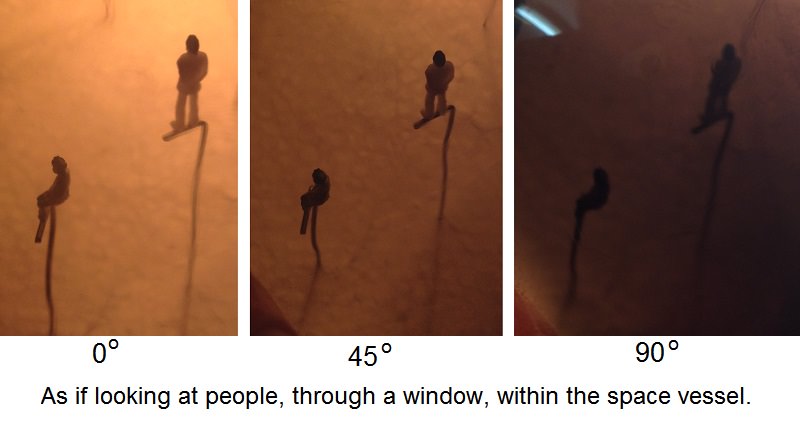 I was intrigued by your build from the start Peter , but I have to admit the subsequent ideas shared within each update has me equally excited .
Some of the techniques you’ve already shown are completely new to me , and the ways you’re tackling various lighting concepts are totally unique to anything I’ve seen before .
If you don’t mind me asking , what is it that influences your scratch modelling choices especially involving the use of light ?

This is really shaping up to be a fascinating project.

Thanks Ged for your kind words. Never heard anybody express my work as unique.

gedmac66 said:
...If you don’t mind me asking , what is it that influences your scratch modelling choices especially involving the use of light ?

Not sure. But I'll try and explain.

I am more visual based than auditory. Light is the main attraction for the visual. All strong colours come from bright light (i.e., rainbow). If I were an artist I would be called a colourist.
Light also symbolizes life energy. It gives life to whatever it shines on, or comes from. Life, such as our self, is attracted to light. It also symbolizes warmth. It goes back to the cave days when our TV was the fireplace. It sparked our imagination.

About the other ideas. . . It's a bit hard to explain. . . We are only limited by our imagination. I no longer watch TV or listen to music/radio, so now I am left with my imagination and creativity for entertainment. Modelling started for me only last year, and many years after turning the TV off. I only use this computer for what I am doing now, and some for research.

I remember thinking, as a child, that radio was like a talking book, and it replaced a large part of my imagination, even though I still had to visualize the scene. Then TV came along and took visualization away from me too. So, imagination basically went out the window. . . until the TV and radio went out the window instead.

Well, that was a catharsis for me.

Yes, I am a hermit that prefers to live in silence. It's more real.

Thomas Guycott said:
This is really shaping up to be a fascinating project.
Click to expand...

Thank you Thomas for visiting my build. Glad that you find it interesting.

I'm with you on that philosophy Yowie: silence is the only way I can travel in my head and find thoughts and ideas for my builds...I'm a hermit at heart also, which helps a lot of course
Keep up the great work and eager for your next post:thumbsup

The floor above the Drive Room. There will be a different feed for the Power Unit (PU) [transformer], other than the usual wiring of electricity.
Have marked out the danger zone on the floor of the PU feed area. 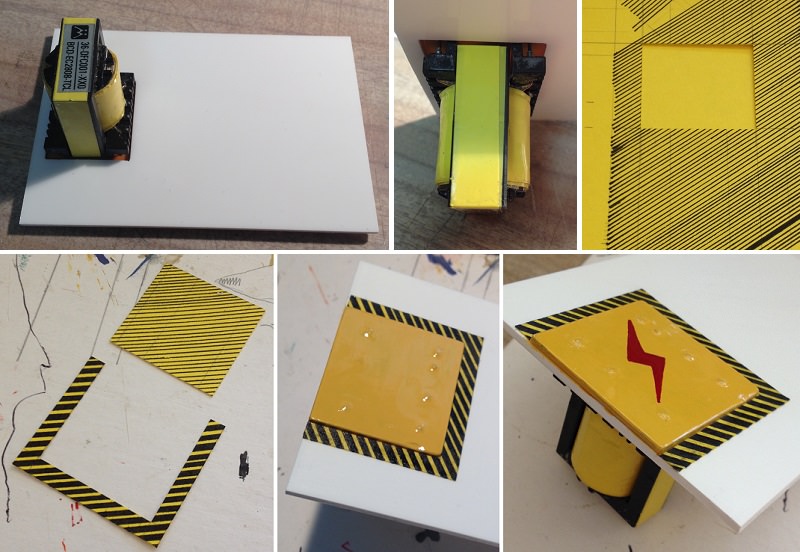 A similar danger zone around PU area in the Drive Room. A bracket is made for the Particle Beam Plasma Drive (PBPD). 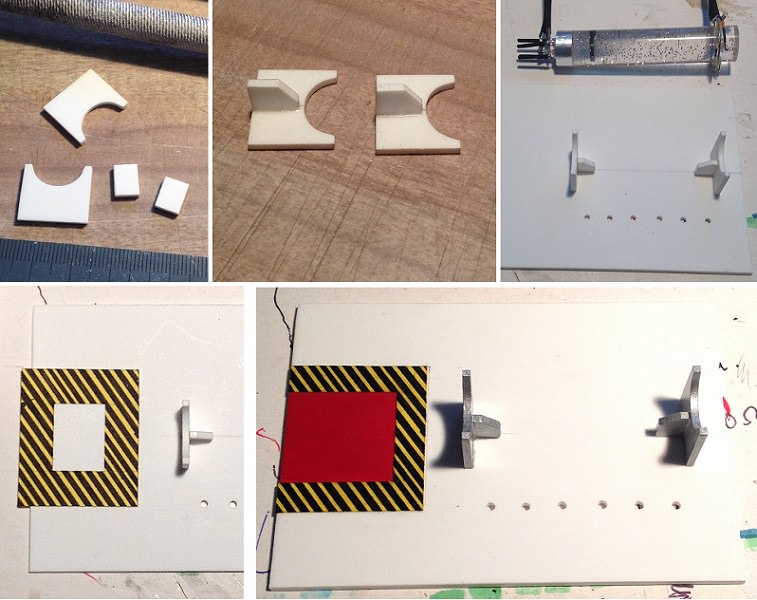 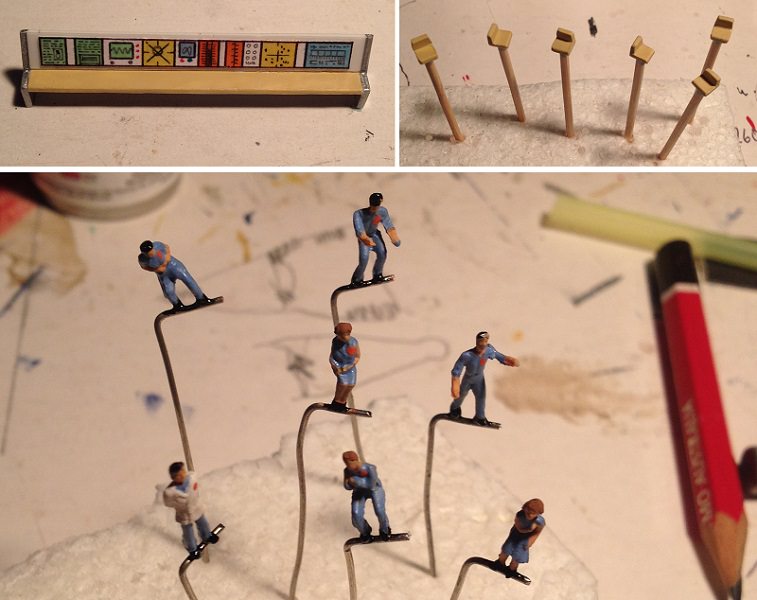 Found a used front door peephole in my old tool box. Going to use it to reveal something strange about the ADLIB-1.
It has a fish-eye lens which takes in a lot of area over a very short distance. Ideal for interior viewing small spaces like a model. 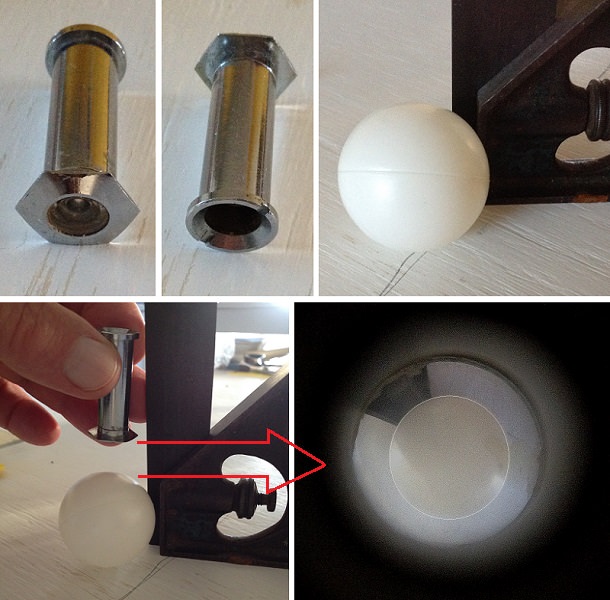 Your ideas and concepts may not be new , but your use of unconventional materials and components in building this are surprisingly ... unusual .
At least to me .
What’s your inspiration for this craft Peter ? I’m hoping for some insight into your train of thought in choosing the items you have so far , and how you’re incorporating them .

Thank you Ged for your comments and question. . .

You got me thinking. Well, I lam NOT looking at what others have built directly as a reference, or else it would not be ad-lib. Instead, So I am relying on what is already stored in memory. I suppose you could say it is memory fueled imagination.

gedmac66 said:
. . . I’m hoping for some insight into your train of thought in choosing the items you have so far , and how you’re incorporating them.
Click to expand...

I am looking at what my memory brings up about things I am looking for. For instance, the reflector reminded me of the exhausts of jet engines. Then my focus shifted to what else does a space ship have for an engine room (including exhaust). So as I look around, I noticed the PC fan (propeller symbolizes propulsion) and it is about the same size as the reflector. So, I put the two together to see what it looks like, and it looked good. Then my mind sort of had the exhaust section figured out. Then the next step is to look for something to drive the engine, and the knitting needle came into view and that brought up memories of a movie about cold fusion "Chain Reaction". . . and so on.

Other times I am not sure what or how to do something, so I doodle and sketch. This helps my mind come up with an image that would fit the visual cue I am looking for.

Oh, there is another important aspect to creative imagination. I have noticed in life that those who are imaginative are often alive in spirit (inspired). The more one becomes grateful for the ideas given (arisen) the more ideas they get.
Last edited: Jul 6, 2018 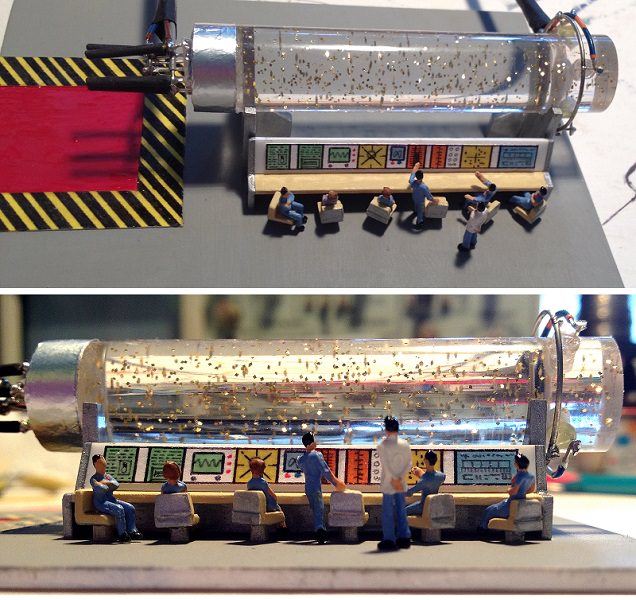 Somewhat late to the party, but I'm very impressed! Keep up the great work.

SmilingOtter said:
Somewhat late to the party, but I'm very impressed! Keep up the great work.
Click to expand...

Thanks for visiting this build and kind words.

Other work needs my attention and time at this moment. Will get back to this build as soon as I can.
Thanks for dropping in. Hope you will bookmark it.
Cheers.