I'm working on the Bandai 1/144 Falcon kit, and making my first attempt at lighting a model. I bought a prebuilt lighting kit, but it didn't give quite the look I was after, so I've ended up swapping out most of the parts. Despite looking through various articles, youtube videos, and the led.linear1.org wizard I'm still pretty clueless about LEDs, so would be grateful for some advice on my setup.

I have a 12v high density (120 LED/m) white LED strip fitted against the clear blue engine piece. There are 15 LEDs on the strip. I don't know what the forward current of these is. I've used aluminium tape to hold the strip in place and prevent light leaks.

I then have a single 3 mm white LED which will sit behind Paragraphix's photoetch cockpit wall. This was bought pre-soldered and is also rated up to 12v. Again, not sure of the forward current, but I assume it's 20 mA.

The two components are wired into a central wire connector, which then leads to a 9v battery connector. I want to keep the battery inside the model and add in a sliding switch somewhere, probably in one of the landing gear compartments.

I've tried connecting a 9v battery, and everything lights up and looks good so far.

- Could I use a 12v battery, rather than a 9v one? I would need to enlarge the battery compartment opening to accommodate a 9v battery. Not a huge job, but I'm wondering whether I could use a smaller 12v battery instead, which I believe would fit inside the existing battery compartment. I assume as both the LED strip and cockpit LED are rated up to 12v, this would be ok, and would not be fried by the larger voltage? Would the life of the LEDs be significantly reduced by using the higher voltage battery?

- At what point in the circuit do I put in the switch? I assume it has to be added at some point between the battery connector and the wire connector box. Does it matter whether the switch is added on the positive or negative wire?

- I may try and reduce the brightness of the cockpit LED by adding a resistor between the LED and the wire connector box. Can I just try out various resistors until I get the correct brightness, and then solder that in place? Or is there more to it than that?

Thanks very much in advance 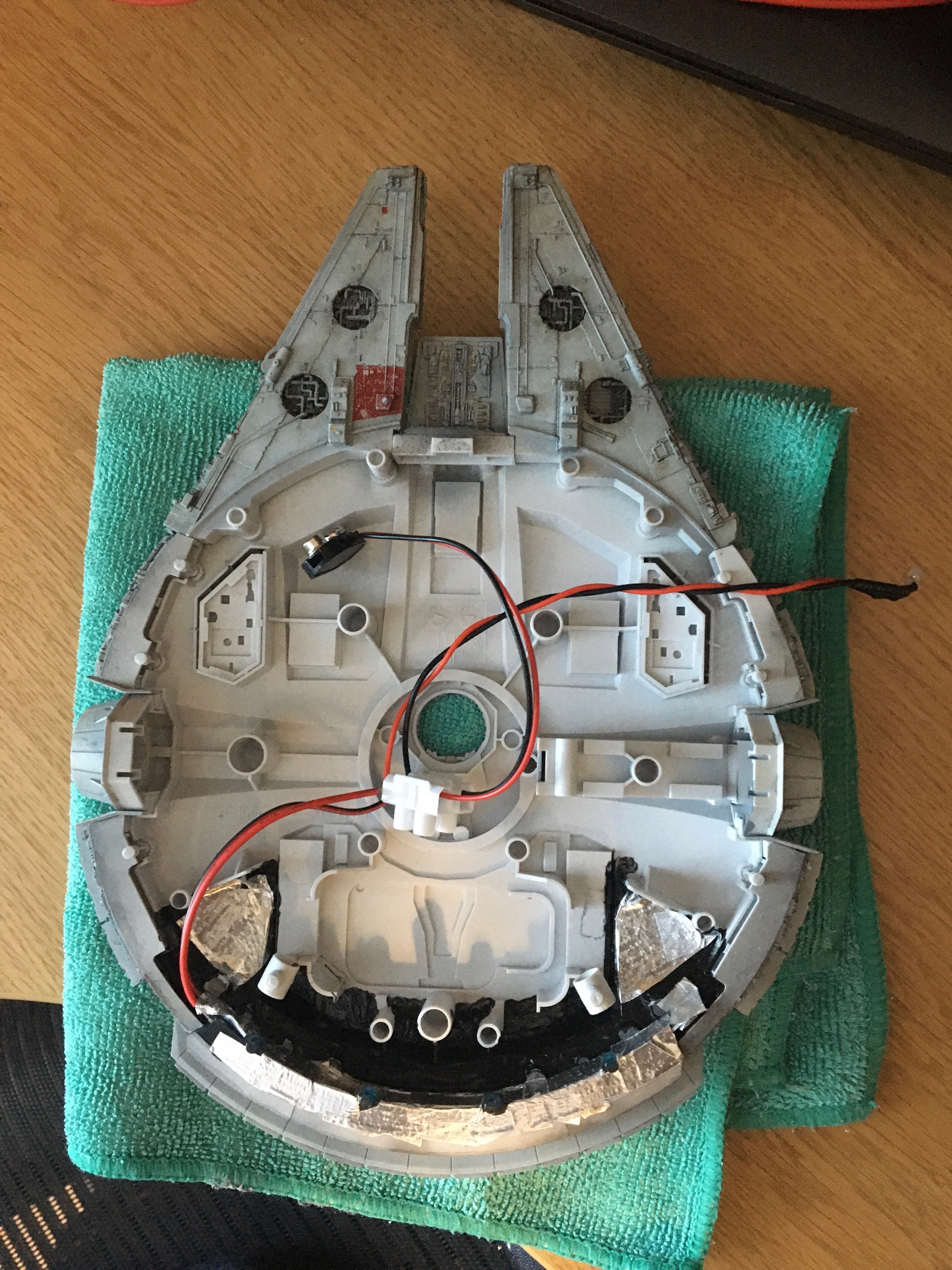 RPF PREMIUM MEMBER
Couple of issues with this:
I assume by 9V battery you mean a standard PP3 style? These have very very poor capacity (ability to provide the desired current at the rated voltage) and would not drive the circuit for long. I doubt you'd get an hour. If you have a 12V battery that is physically smaller than your 9V, then it's going to have even less capacity!

Assume that each LED in your strip will be drawing 20mA when driven by 12V. That's a load of 300mA. Plus 20 for your cockpit LED - total 320mA
You are going to struggle to obtain that sort of current for any length of time from disposable battery technologies like Alkaline.

I'm kinda surprised that your LEDs are lighting up at all at 9volts if they are rated for 12volts. I would run them on 12 volts. They will probably be brighter though.

Are you looking at 12v lithium batteries? They have a much greater energy density than other batteries, and should run longer.
You will want a battery management circuit to keep from overdraining the lithium battery, and for recharging it. Some of these boards are quite small and could fit inside.

Thanks for your replies. I hadn't even considered the capacity and lifetime of the battery. I double-checked and the cockpit LED is listed as having an operating voltage of 4-12v, so I suppose that explains why it is lighting up so brightly with a standard 9v alkaline battery.

I'll have a look into 12v lithium batteries and battery management boards.

Thanks again for your help