Hi there, I am very new to this so please go easy on me. I have been a big fan of James Bond for many years and one of the very 1st movies I saw, was Tomorrow Never Dies. Brosnan was the Bond of my childhood and is one of my favourites. Anyway, I had always thought the best scenes of this movie was the car chase scene in the car park, where Bond uses his mobile phone to remotely drive the car form the rear seat to escape. Until now, I had not possessed the skills to replicate this and I cannot see myself ever having the money to acquire a real prop. The phone itself was never in production and was created by Ericsson specifically for the movie, with the model number JB988. The phone was modelled off the production phones R320 and R380. For my build, I used a dummy phone model R320 to use a template. 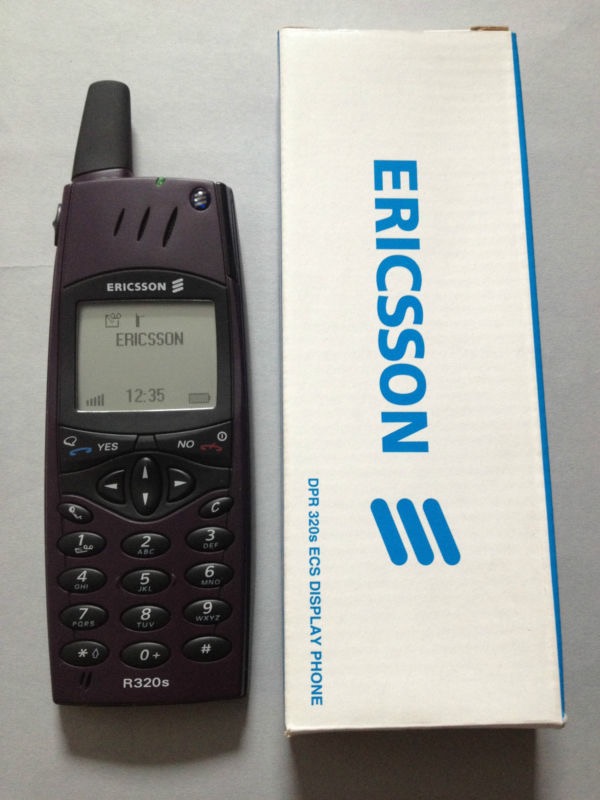 As you can see, the base design of the phone is similar in terms of the overall shape and layout of the buttons, but thats where it ends. The screen needed to be stretched, as the JB988 ear piece is half the size of the R320. The directional buttons are also incorporated into a single oval button on the JB988. Thee are lots of other differences but these are the most significant on the main face. 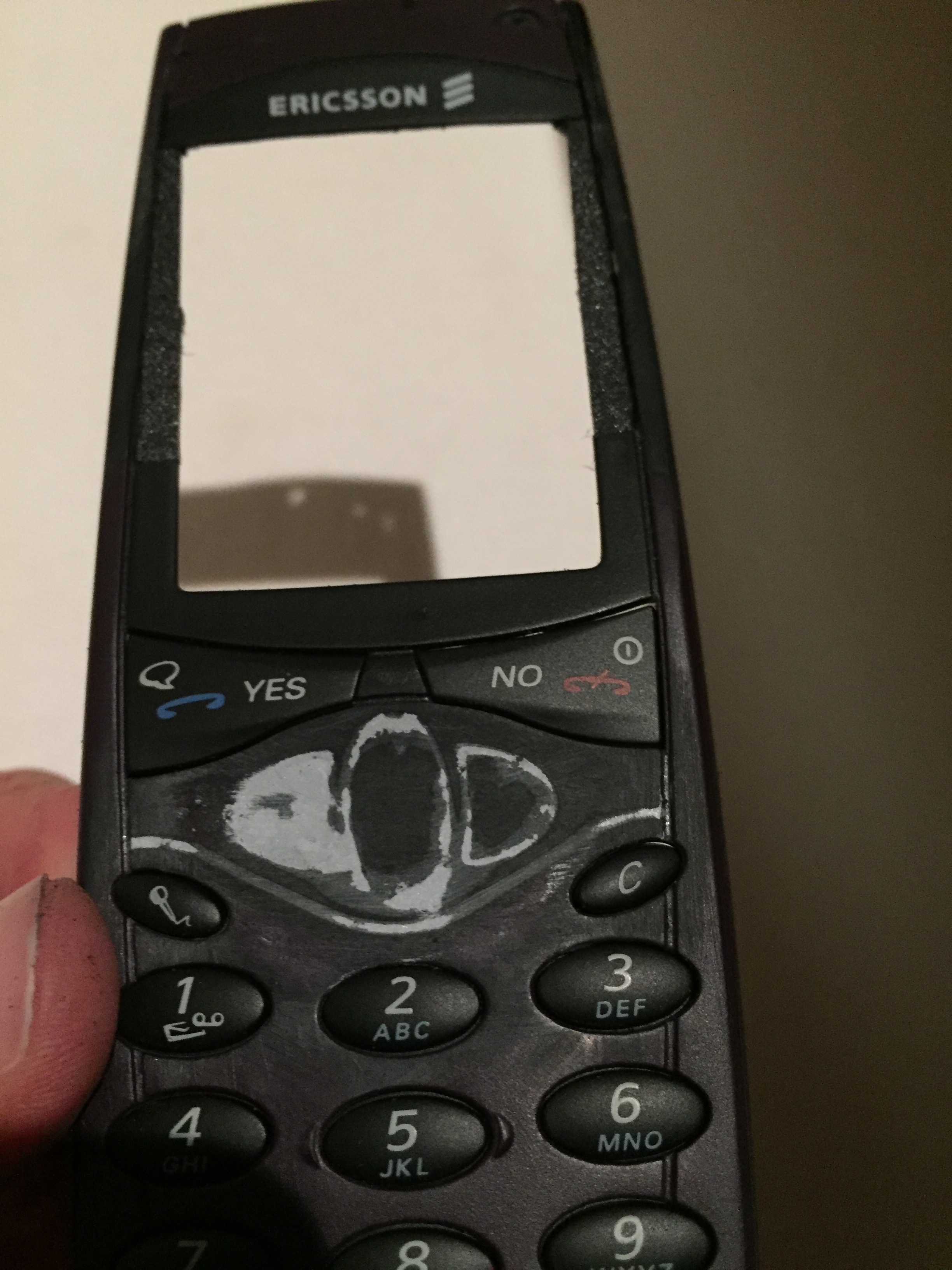 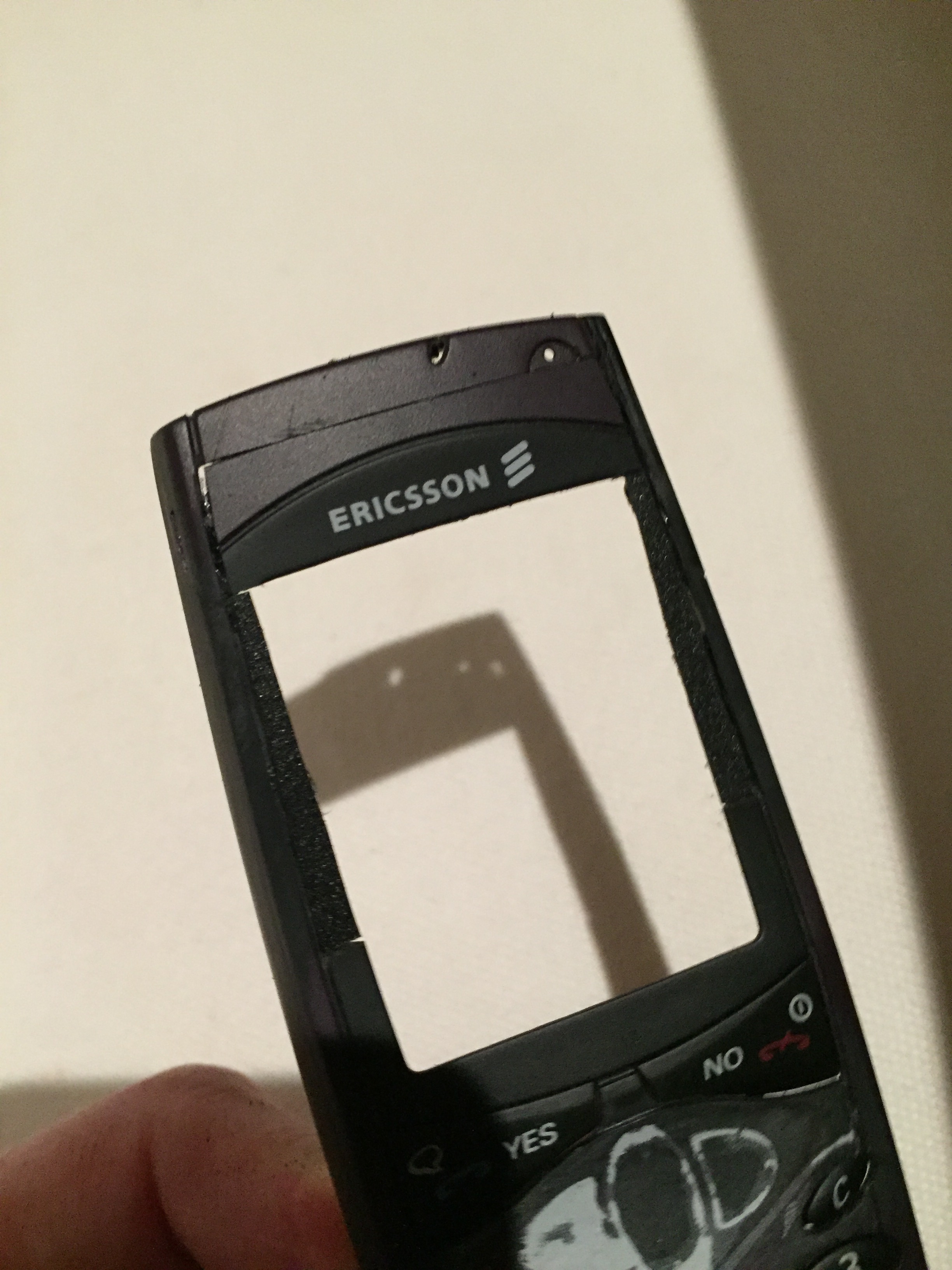 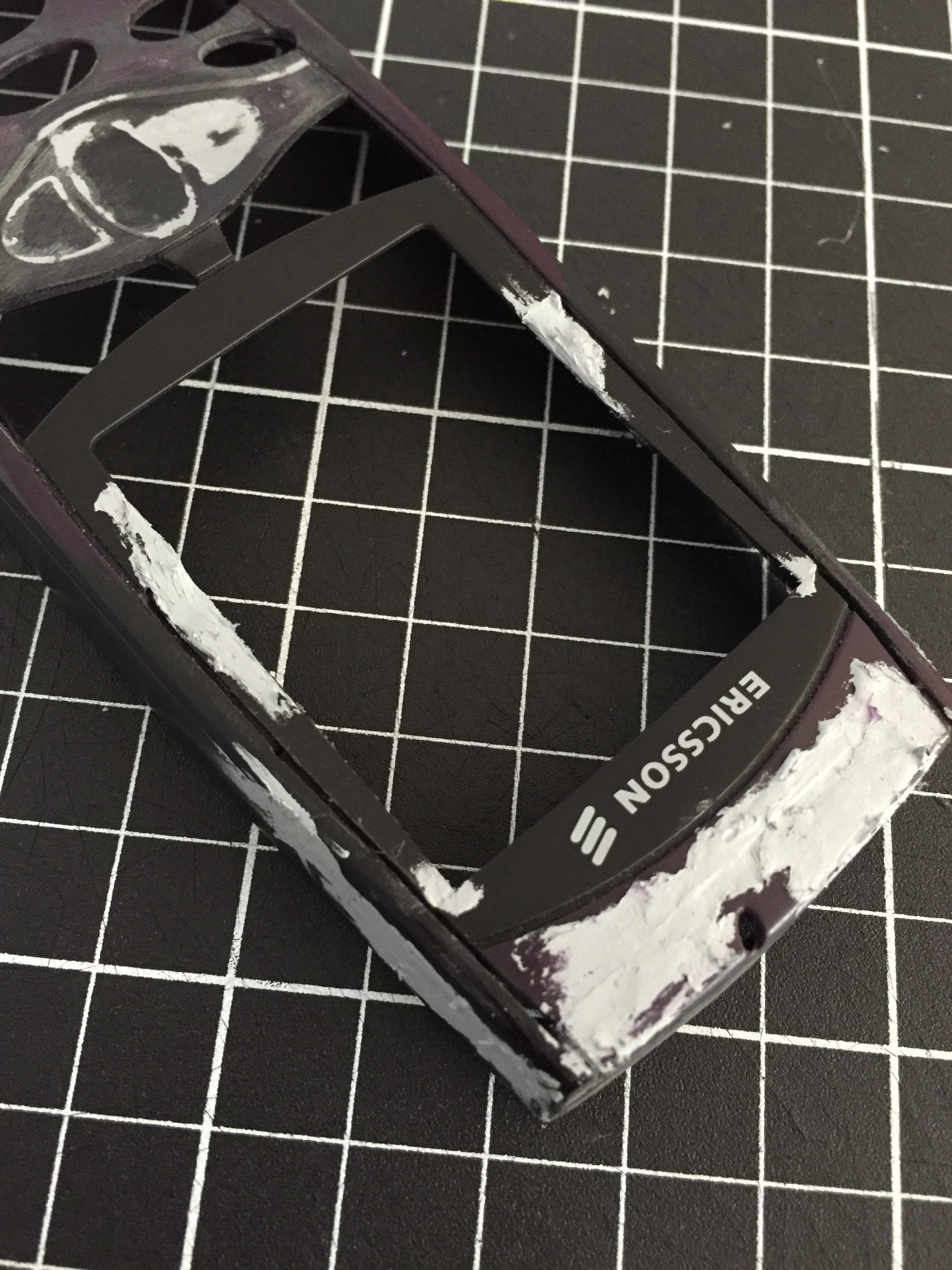 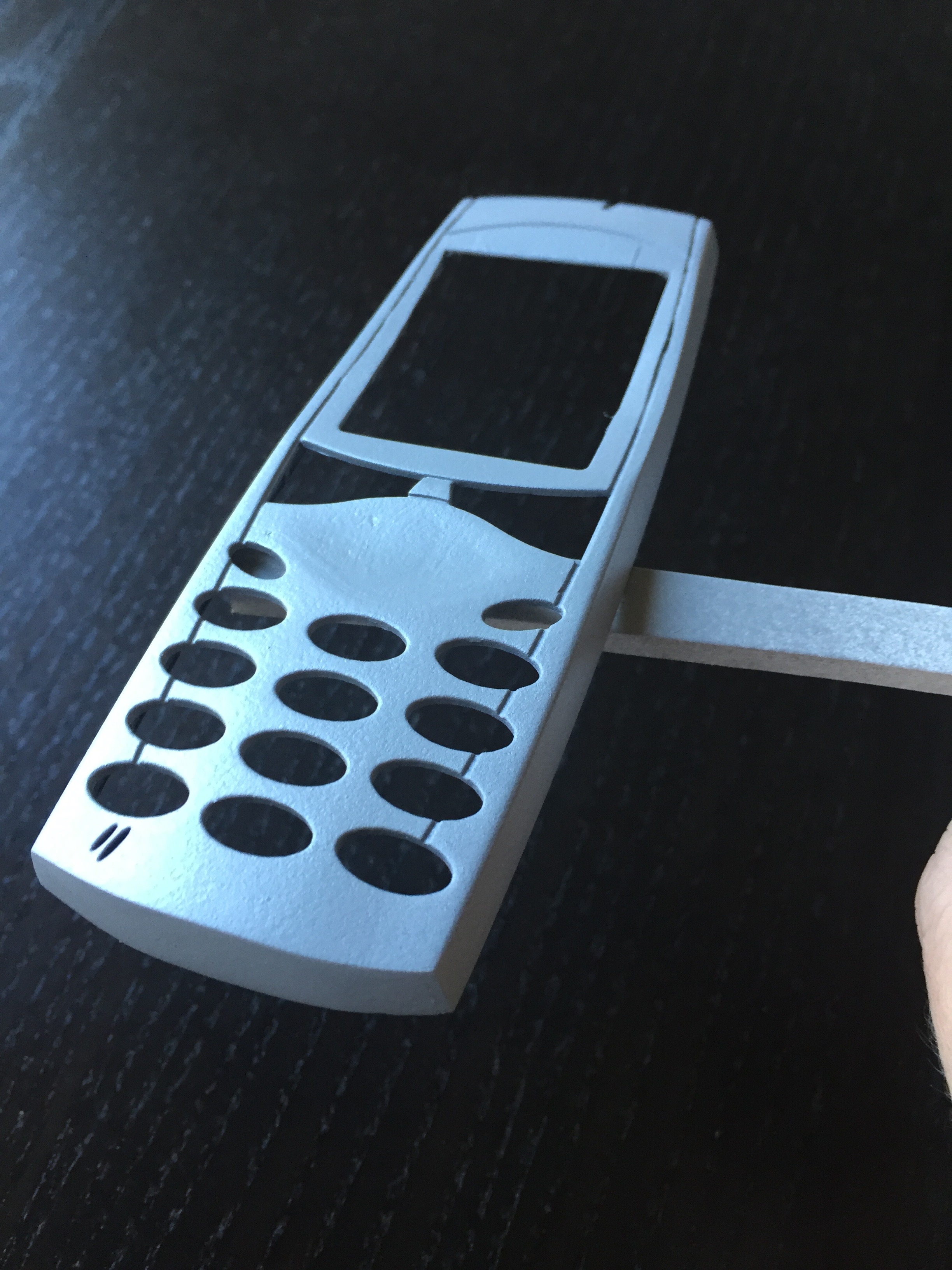 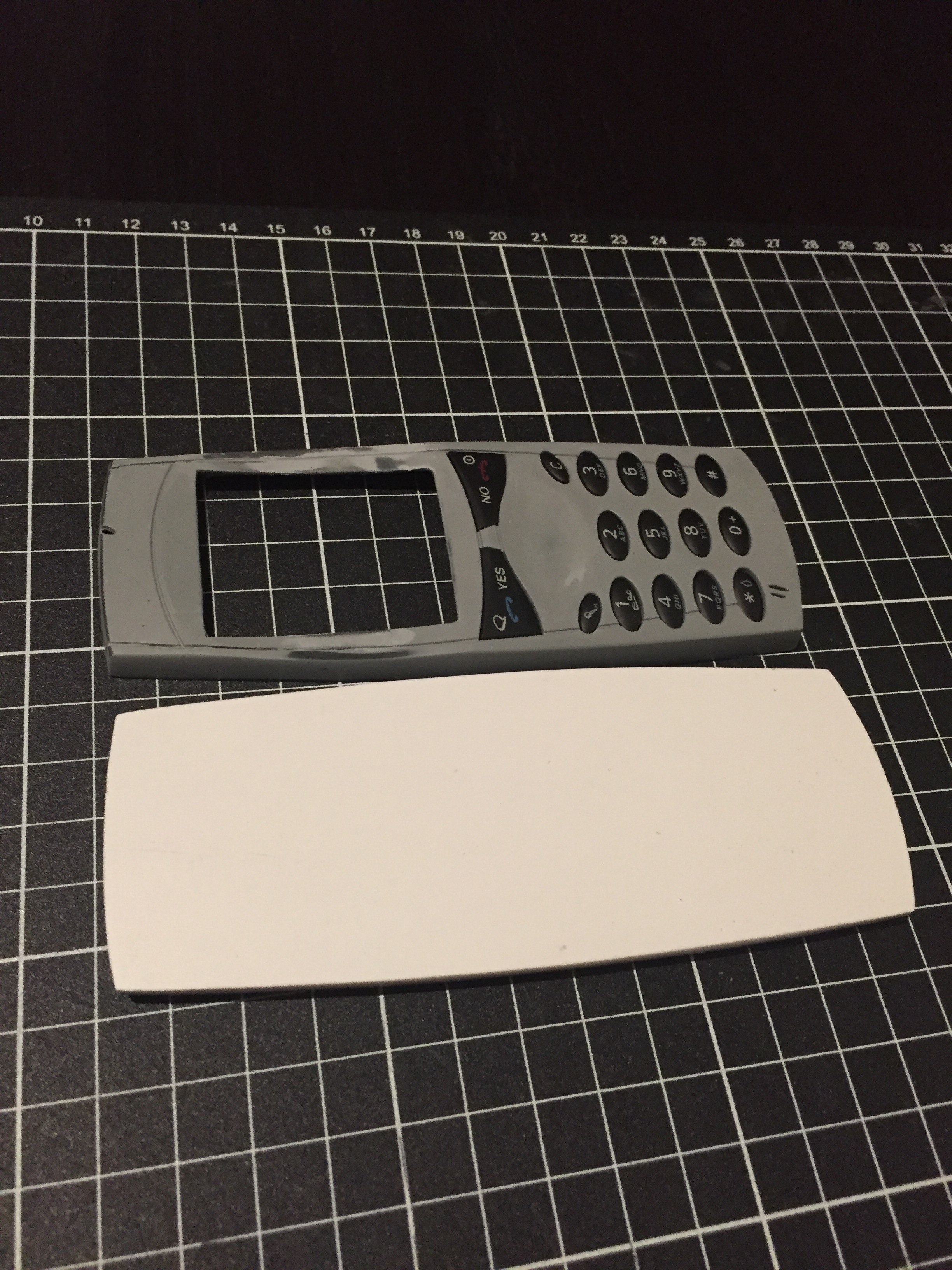 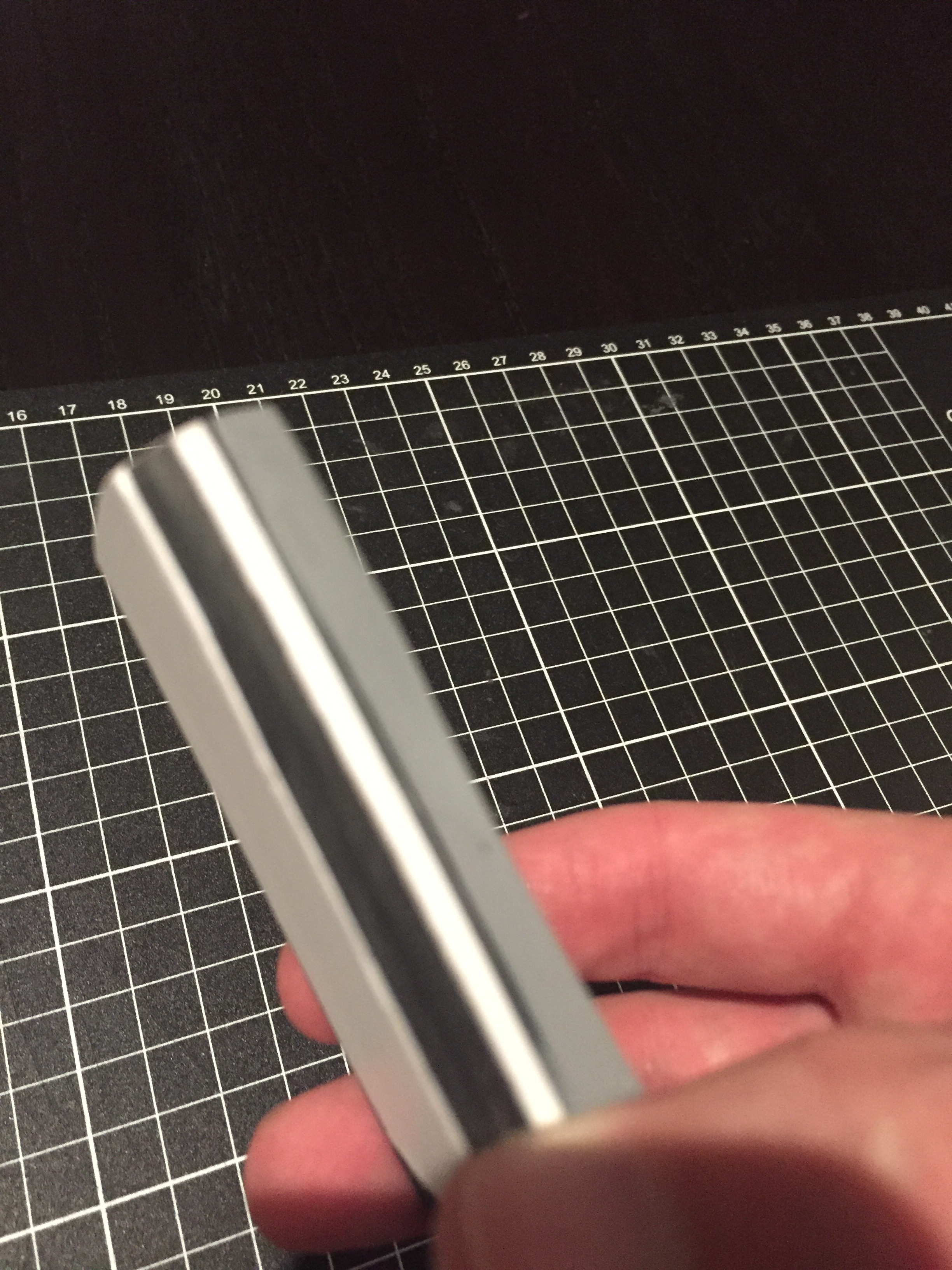 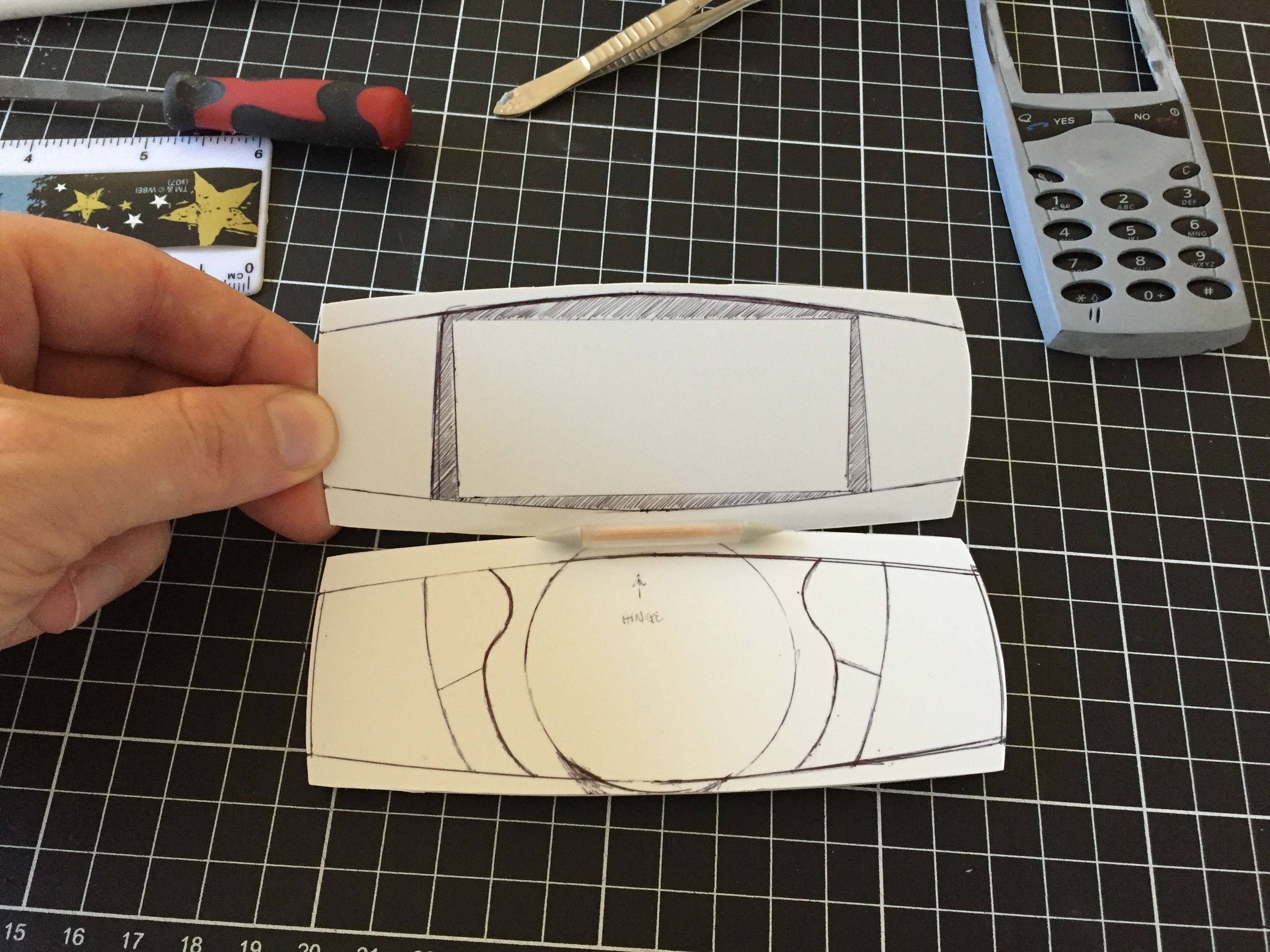 The next step was to create the hinge to flip open the phone to reveal the track pad and screen. I had some spare rockets from an old warship kit which I used to make the ends of the hinge. The centre part was made using a hollow tube and a wooden skewer. This is mostly as it was all I had lying around at the time but it all fit together perfectly. Again, I must repeat that I am not a very experienced modeller and have never scratch built anything to this extent before. 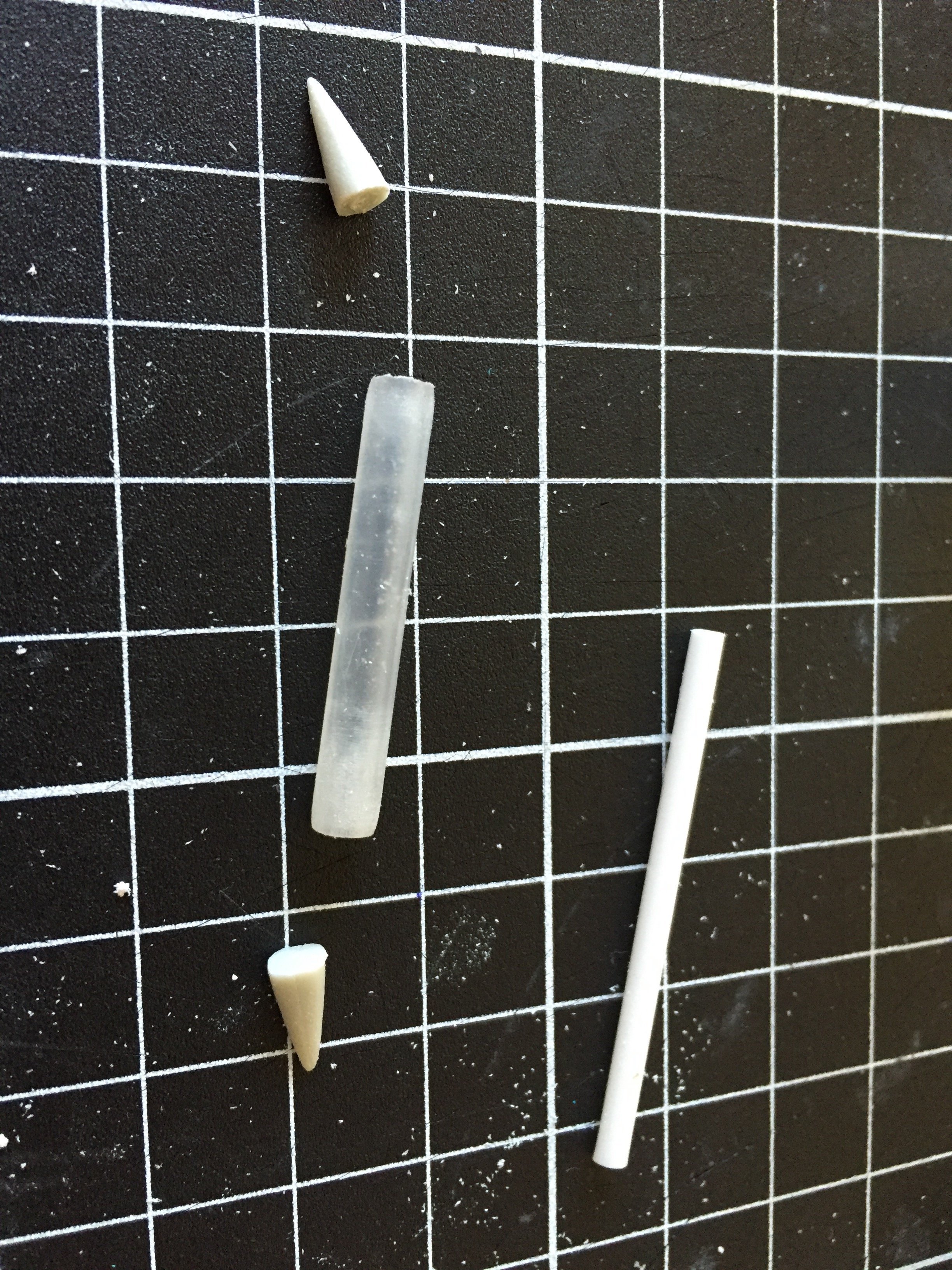 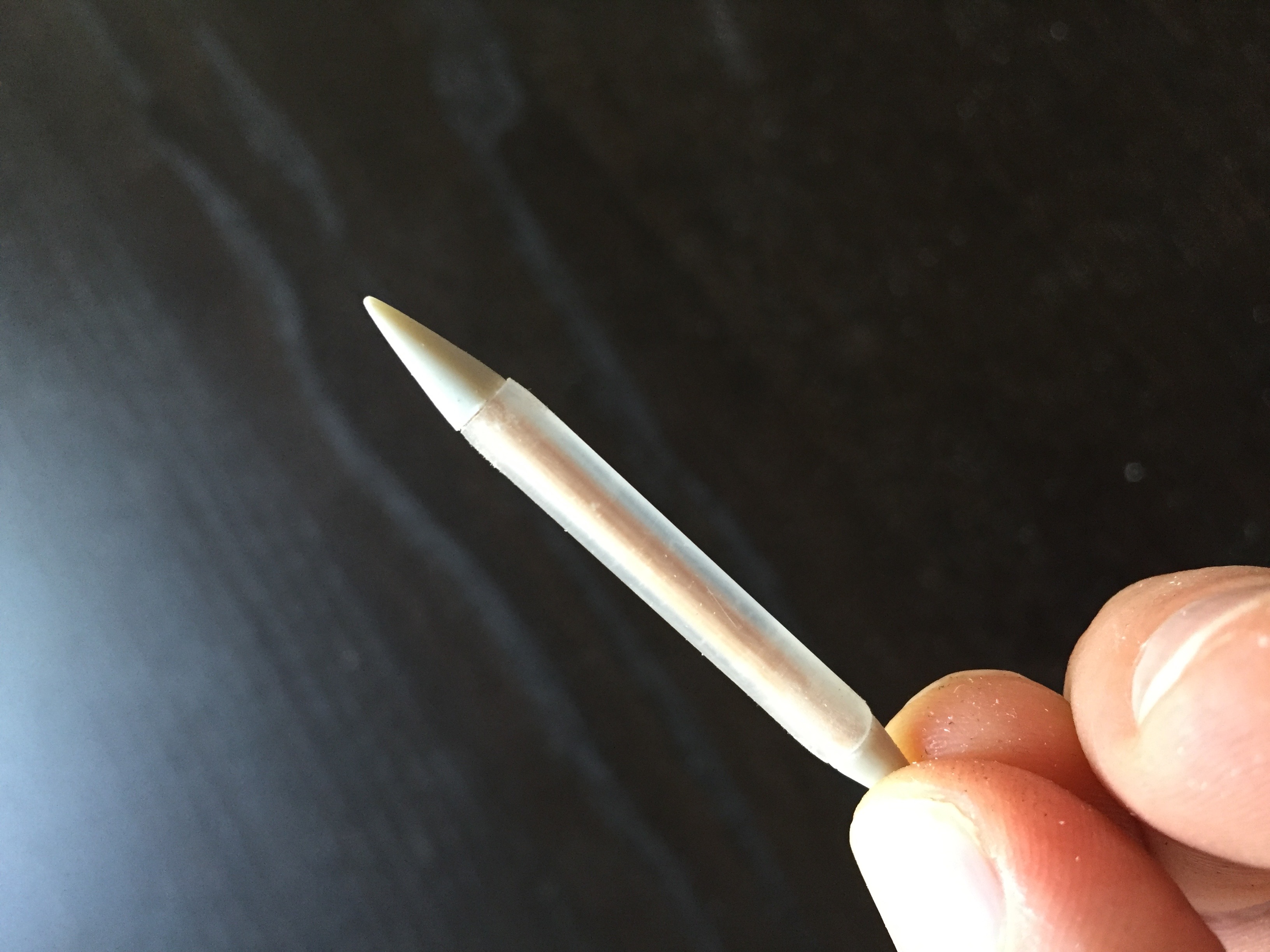 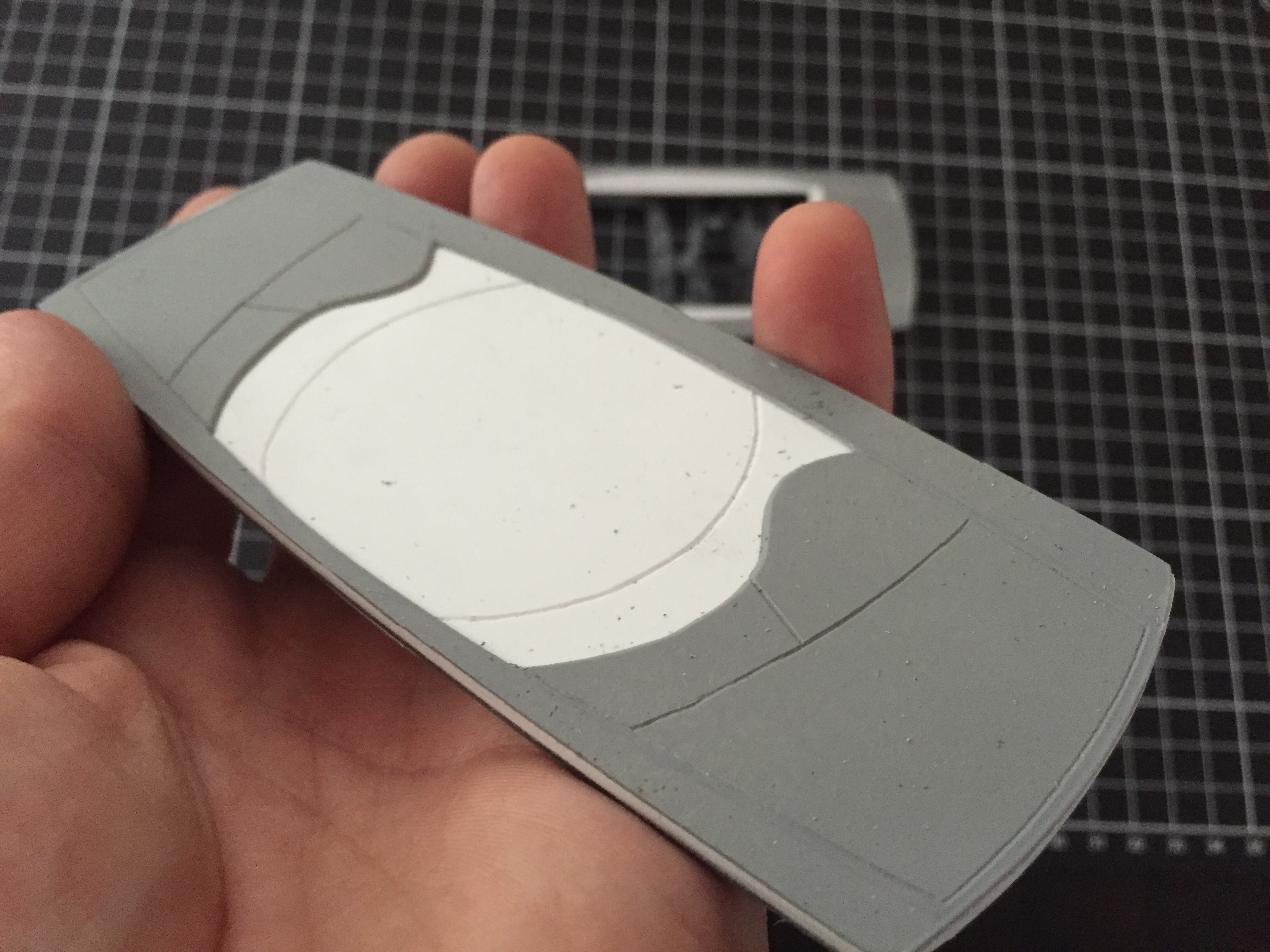 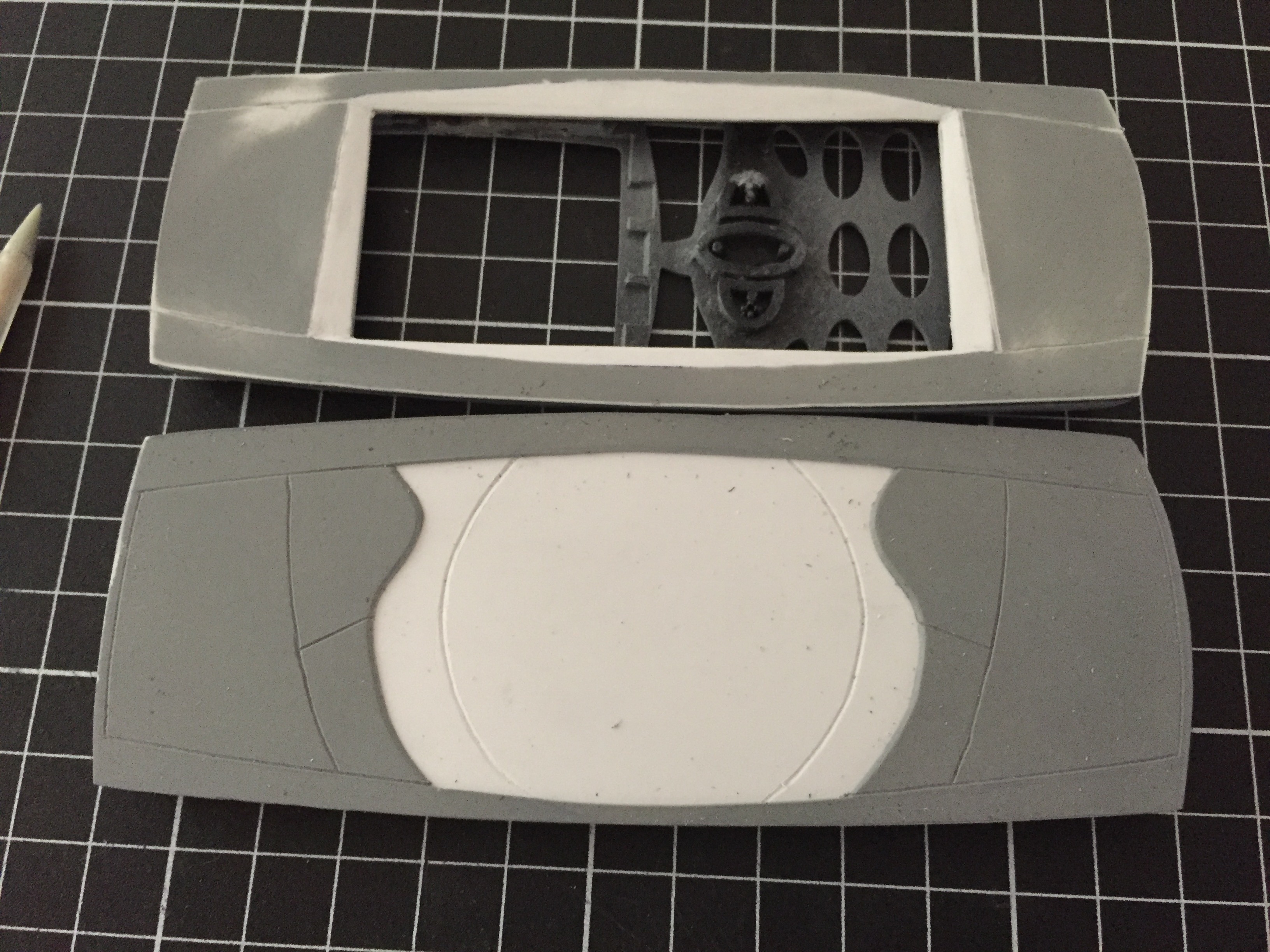 I had trouble trying to replicate the look of the blank screen. I didn't want to put an image on the screens as I wanted it to look static, as it would when it's switched off. I played around with some textures as you will see from the pictures. I finally settles with a green tint film, stuck over a bright silver painted piece of styrene. 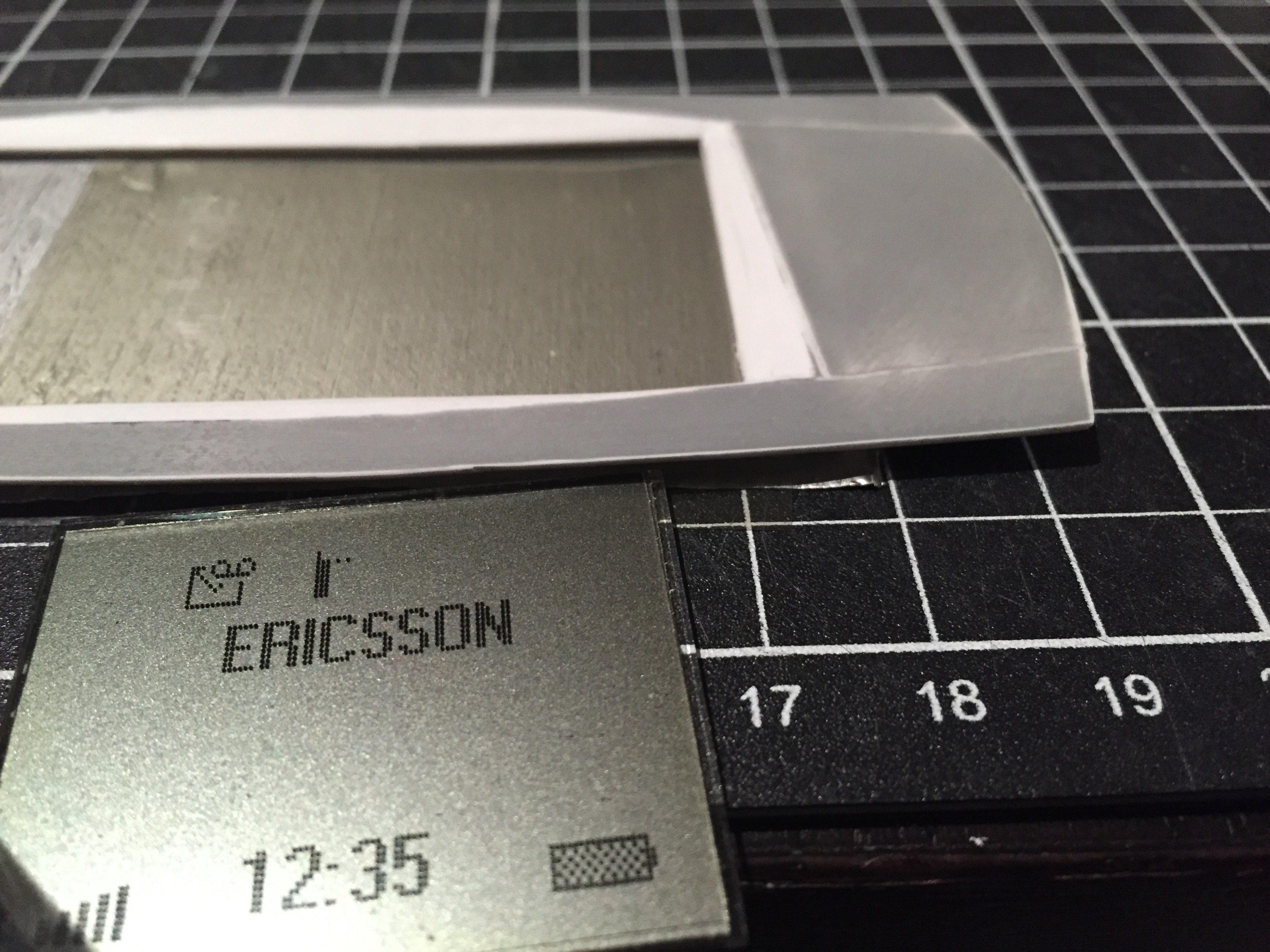 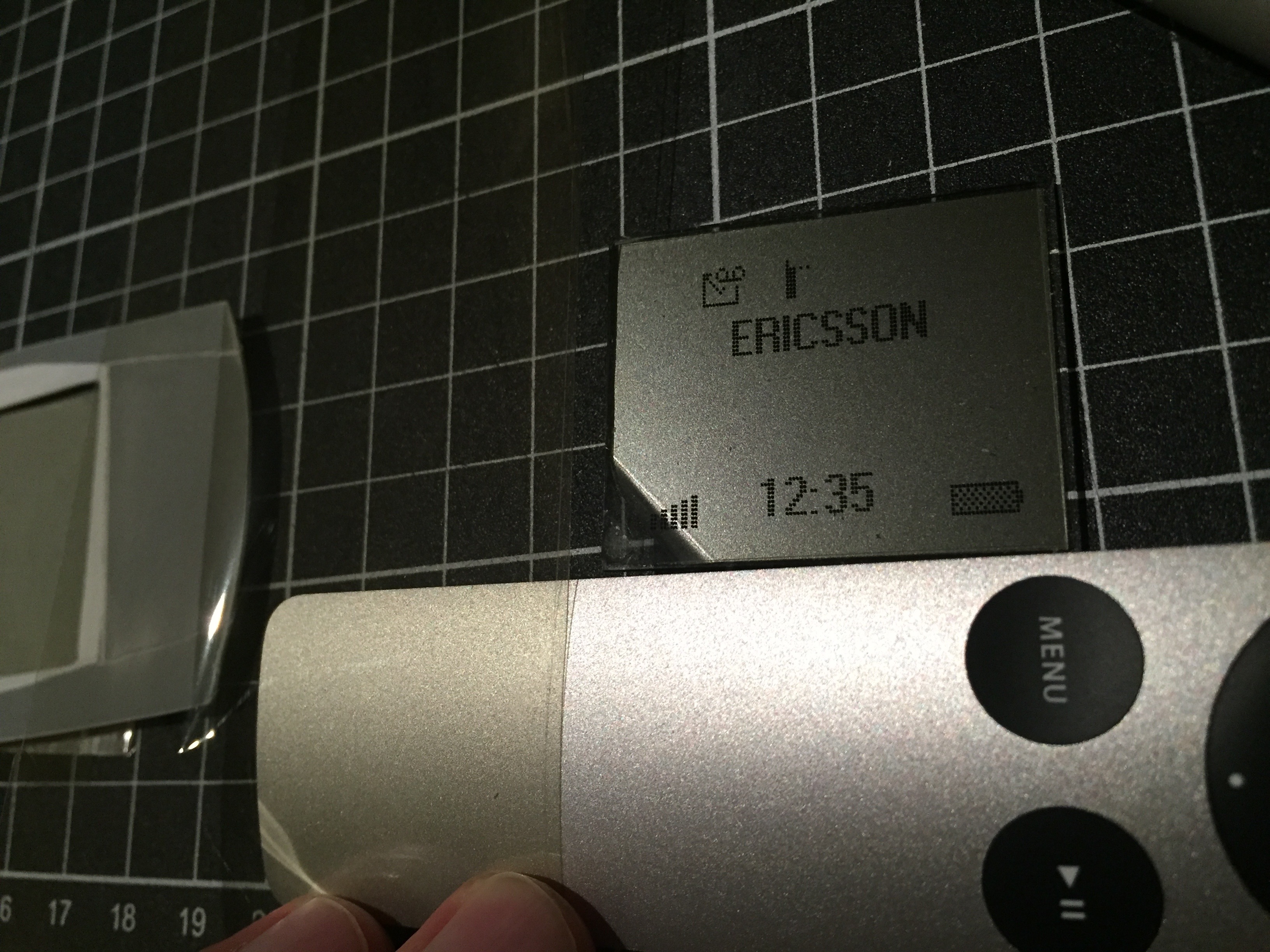 And then its was painting time. I scratch built the directional buttons and used a screen shot of the original prop. I scaled the image in Illustrator to size of the button I had made, then stuck this over some masking tape to cut out the arrows. I then stuck the tape over the button to get the exact look I wanted. I am pretty happy with the result. I am planning to eventually have some 'Ericsson' decals made for the tops of the screens. 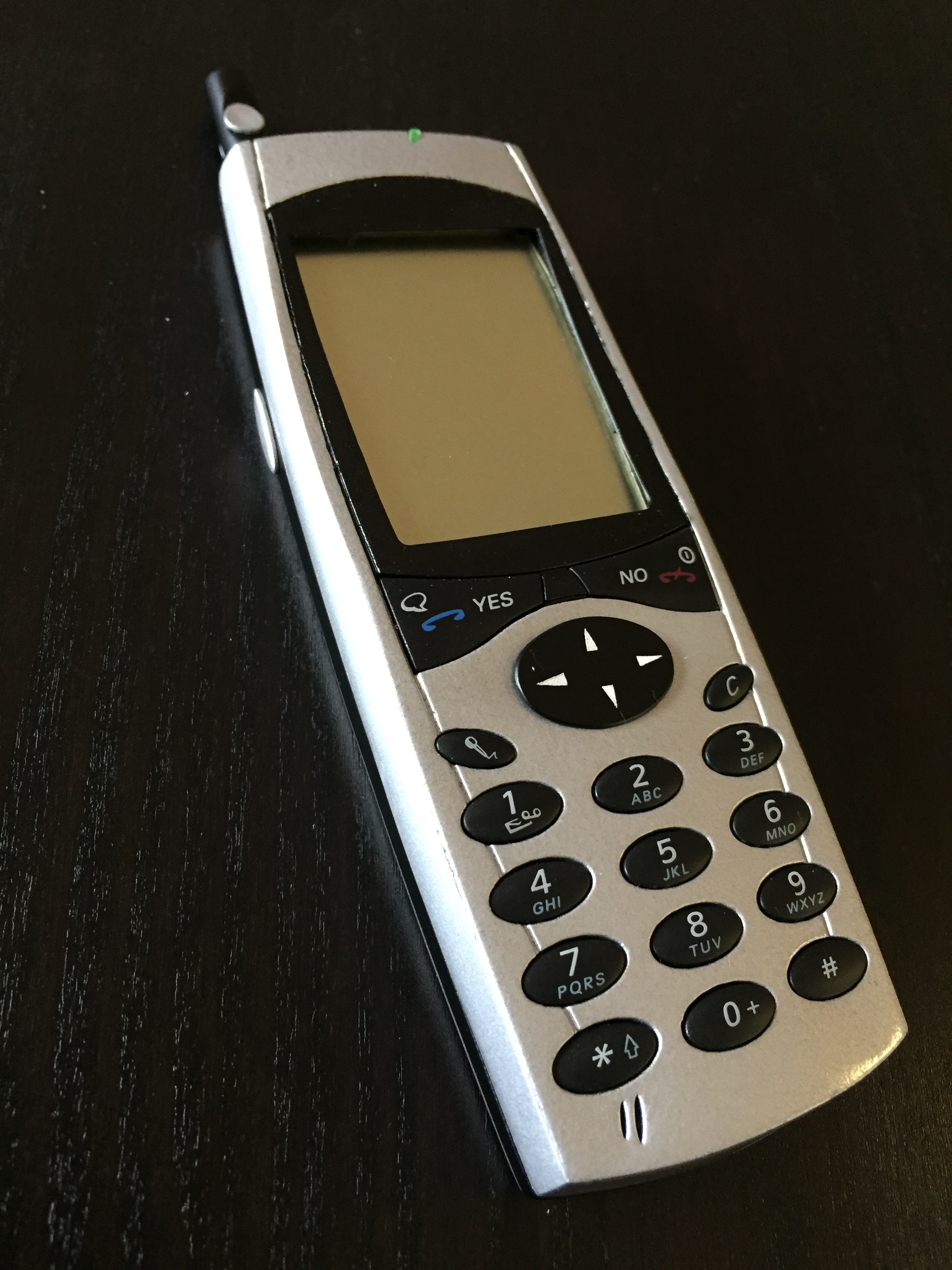 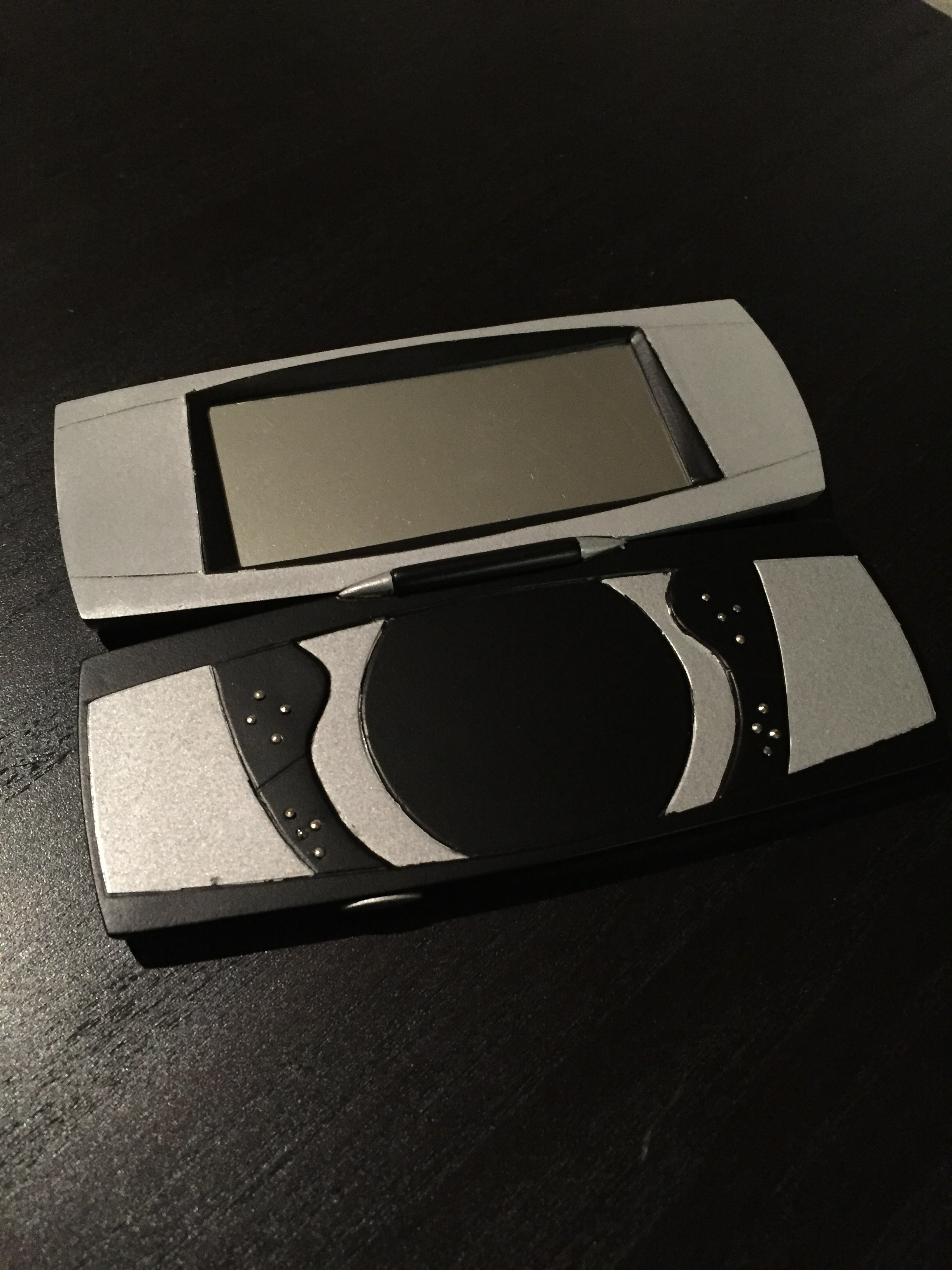 You will notice the paint is quite bad along the edges. I didn't prep very well and the masking peeled the paint. I had to strip the whole back piece down and re-paint. I decided the easiest way to ensure clean lines along the button edges, was to cut them out as separate pieces and pain individually, then stick down once painted. I will add some later pictures of my final result. Also the little 'dots' on the buttons are sewing pin heads. 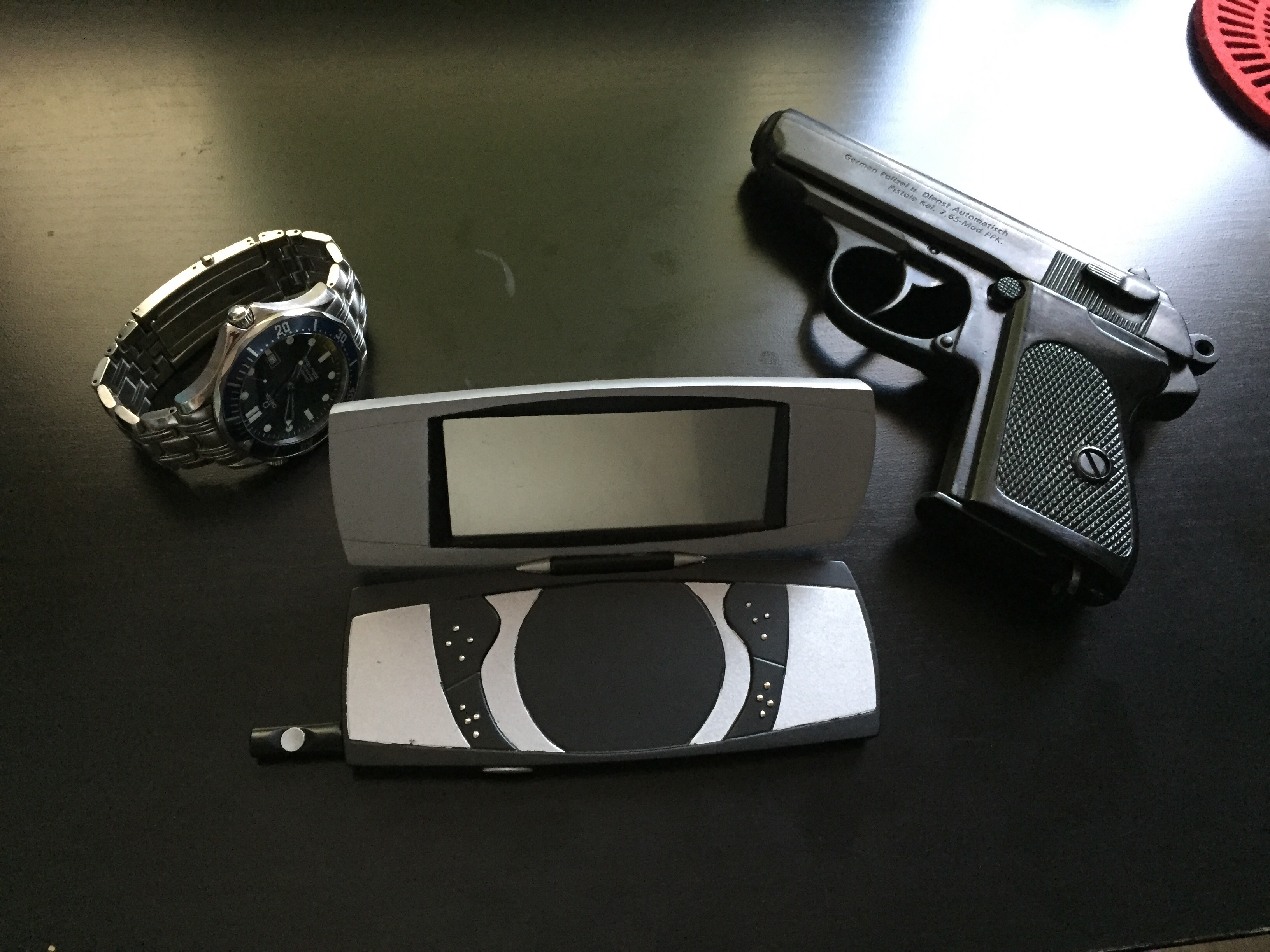 Well thats it for now. I hope you enjoyed my short build. I must say this was a rater fun project and I am pretty happy with the results. I do plan to try this again and cast in resin, as I want to add in some of the other gadgets. I might even try and ad in a working screen for the remote, but for now, this will do.

Really cool build!!
Thanks a lot for sharing all these work in progress details!

RPF PREMIUM MEMBER
I think you did a great job.

Is that also a legit Seamaster, or an homage replica?

Is that also a legit Seamaster, or an homage replica?
Click to expand...

Hi, thanks for your encouraging comments. Yes, it’s a real Omega Seamaster. (Not a real ppl though). I have thought about getting a replica Seamaster though, to modify with some Q-branch tech from ‘The World is Not Enough’. But even a good replica is a few hundred bucks, so not ready for that build yet.

Here’s a current shot of my 007 prop display. 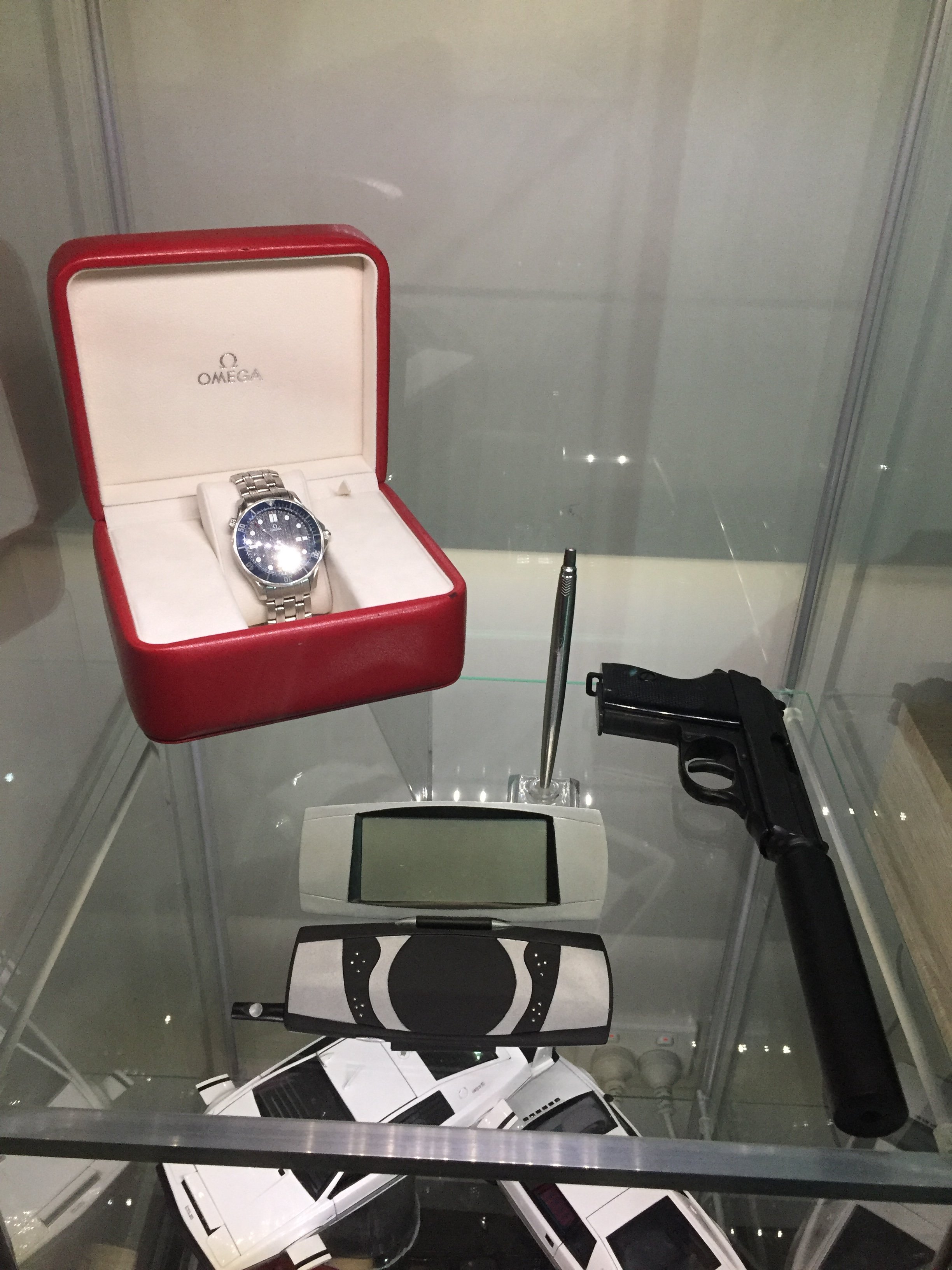 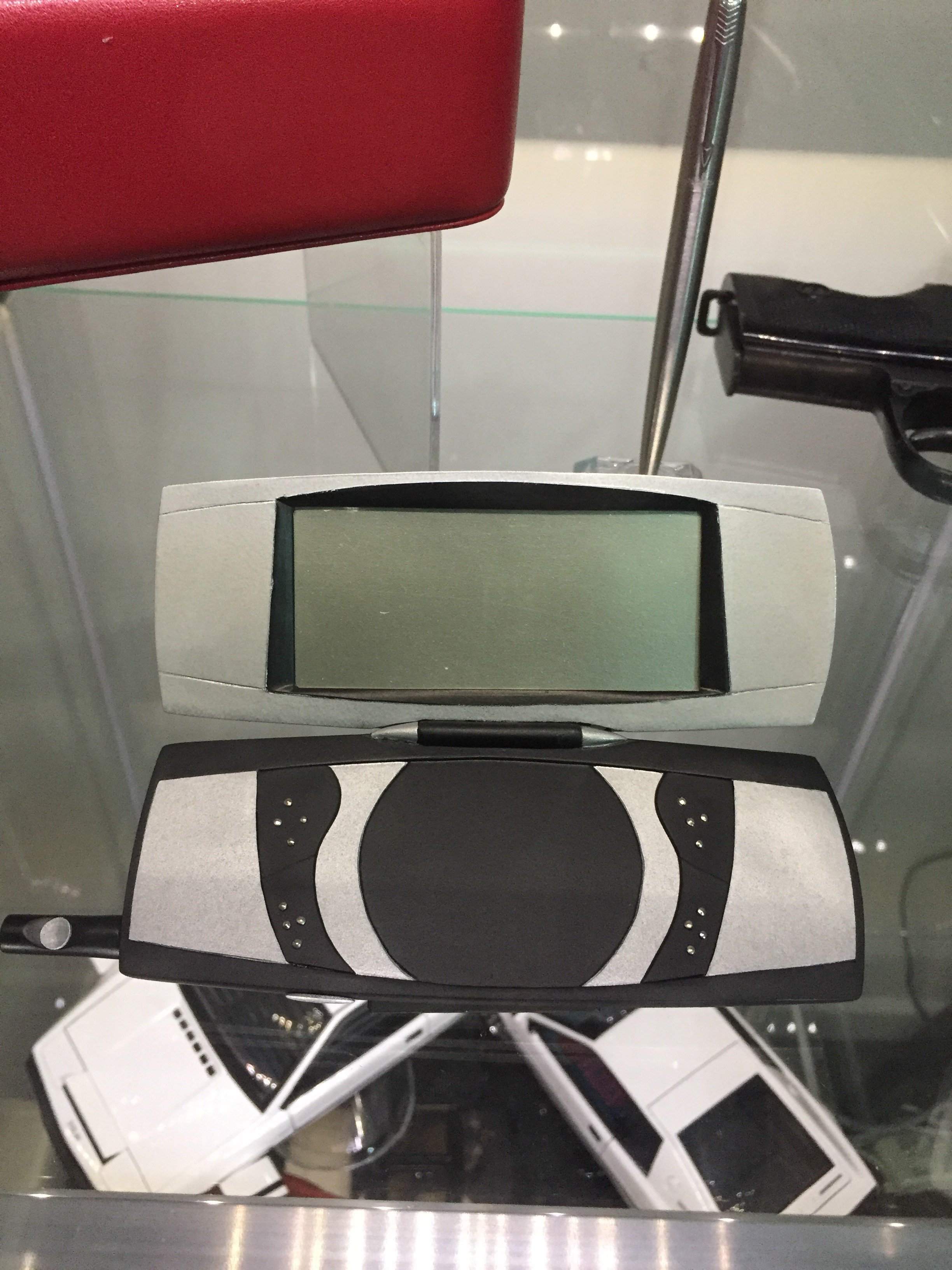 Kmagz007 said:
Hi, thanks for your encouraging comments. Yes, it’s a real Omega Seamaster. (Not a real ppl though). I have thought about getting a replica Seamaster though, to modify with some Q-branch tech from ‘The World is Not Enough’. But even a good replica is a few hundred bucks, so not ready for that build yet.
Click to expand...

Ok cool. If you ever find a good distributor for replicas, I am in the market for a replica of the 212.30.41.20.01.002 model Seamaster, as it was the basis for the model seen on Jotaro Kujo's wrist at the end of JoJo Part 6: Stone Ocean. Since I would only be using it for cosplay purposes, I dont see the point in shelling $4,000 for a genuine discontinued watch... at least not at THIS point in time. 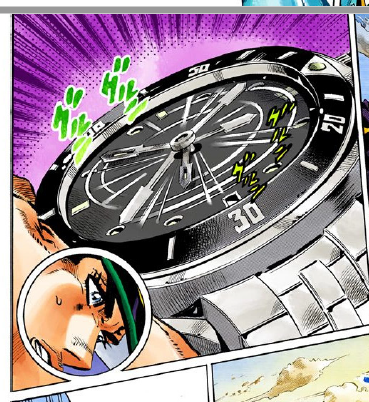 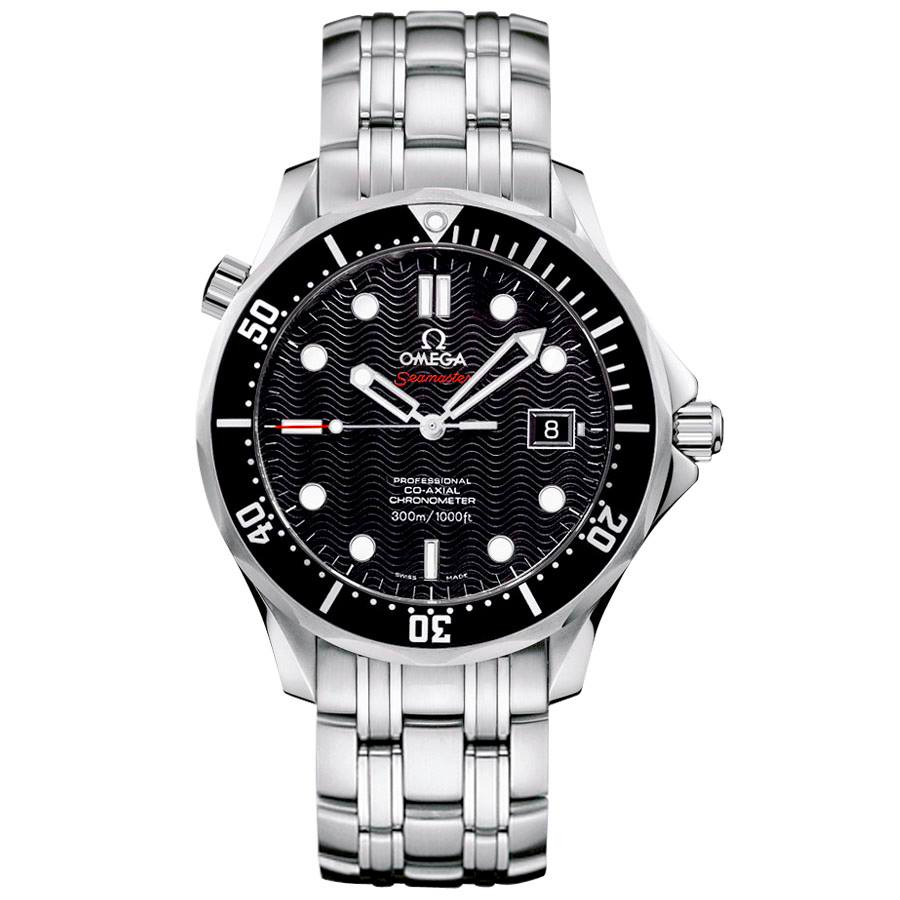 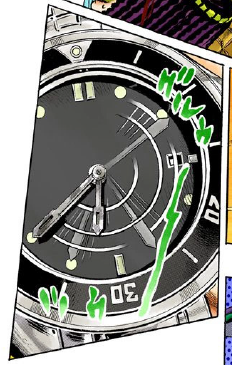 Oh yes, there are plenty of replica watch sites. That model is pretty much identical to mine, except in black, rather than blue.
I have added a link to one site that has what I think you may be after. (Not sure if I linked it properly)

Love this build! Keep up the great work, cant wait to see your next project!
P

One of the original Ericsson-supplied props.

Oh wow is this one of your props? Do you have more photos?