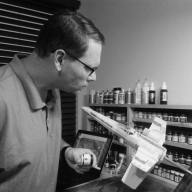 I've been scale modeling for 30+ years.

My main interests air Cold War/Modern Aircraft and Star Wars modeling. I built my first Star Wars kit in 2006 using the old MPC X-Wing. This was followed by Darth Vader TIE Fighter and AT-AT which was finished recently (2016). I won quite a few award with those builds.

I am now branching out into the larger scale models and would eventually like to try my hand at the various studio scale kits that are available. I am a big fan of Ralph McQuarrie's, Colin Canwell's and Joe Johnston's concept art .