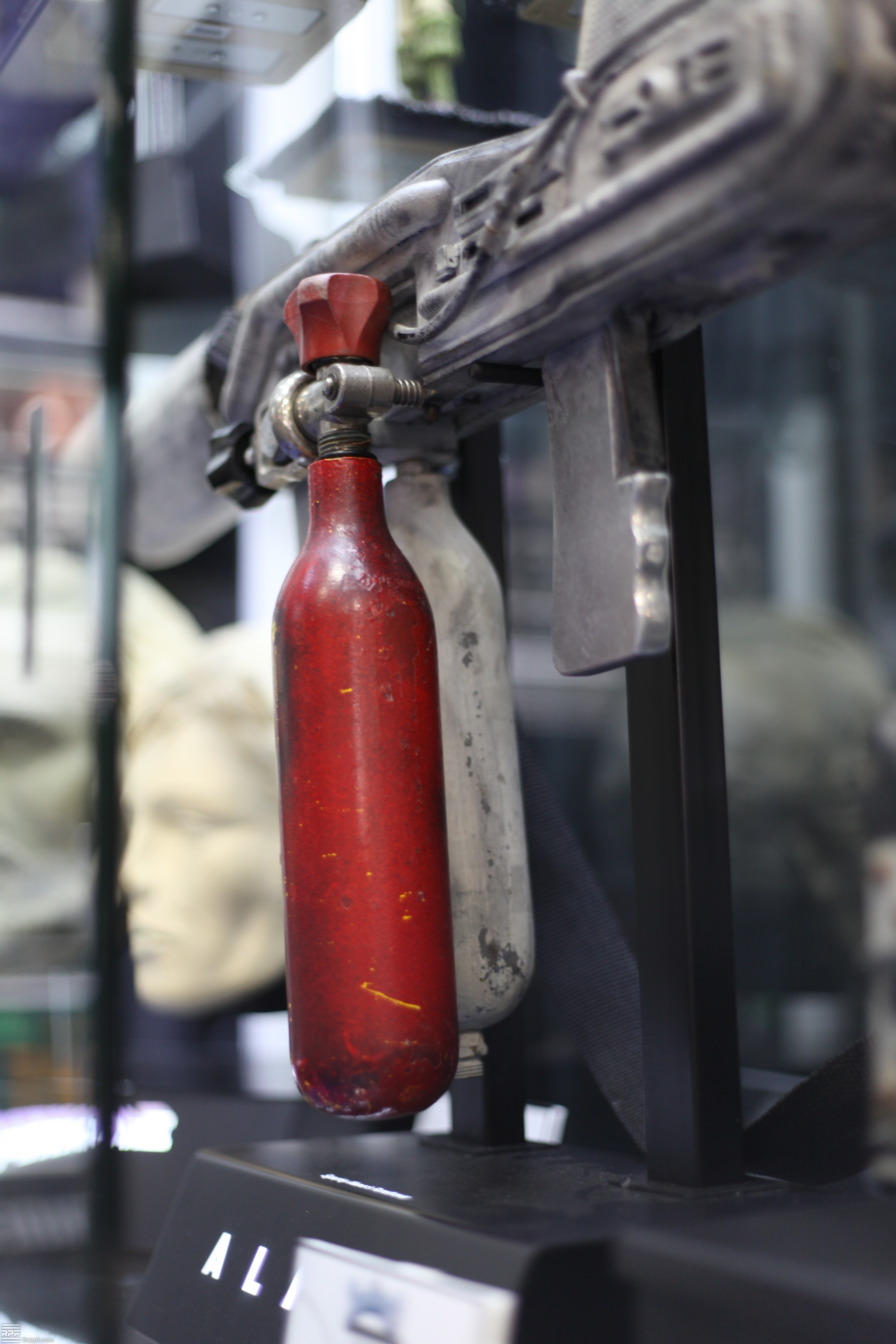 From Prop Store:This is the flamethrower used by Sigourney Weaver as Ripley in the Ridley Scott masterpiece Alien.
This flamethrower is practical to the extent that it was burning constantly with a pilot flame. Other than an on off flow valve, there are no physical controls or adjustments, it produced a constant and steady pilot flame for realistic shots and various close ups. A different version, with hose attachments to a much larger gas supply, was used for the spectacular full flame and burning scenes.
The bulk of it&amp;rsquo;s construction is formed wood, aluminium, steel and some resin components which have been painted grey with some general art department weathering and aging. The red and grey gas cylinders on the underside are dressing only and are not practical. The gas was actually connected to the rear where a small canister could be housed inside custom mounting, the gas was then fed through the inside of the prop to the nozzle where a standard spark plug would ignite it.
These photos were taken at San Diego Comic Con 2013. &amp;nbsp;Thanks to Prop Store!
Click to expand...
There are no comments to display.