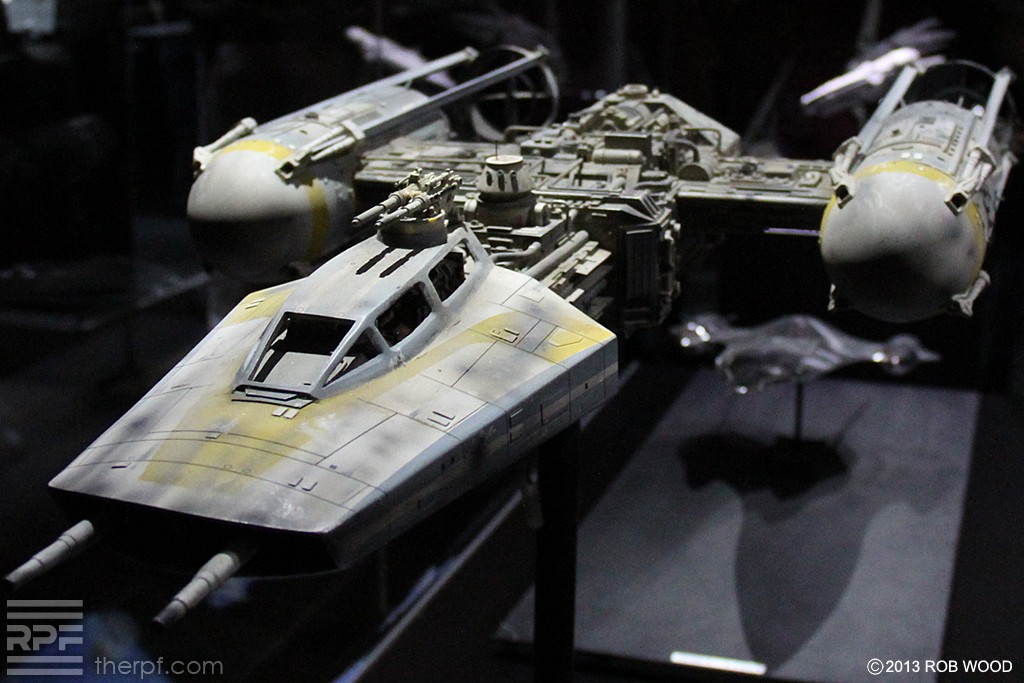 As seen at Star Wars: Where Science Meets Imagination. Photos by Rob Wood
The Rebel Alliance Y-wing was featured in the first three Star Wars films. This particular model was built by Bill George, and purchased by ILM for use in Star Wars: Episode VI - Return of the Jedi (1983). The info card reads, &quot;a perfect example of George Lucas' 'used universe' design philosophy for Star Wars. Just like the real world, some things in the 'Star Wars' universe are old, repaired, and modified.&quot;
Click to expand...
There are no comments to display.