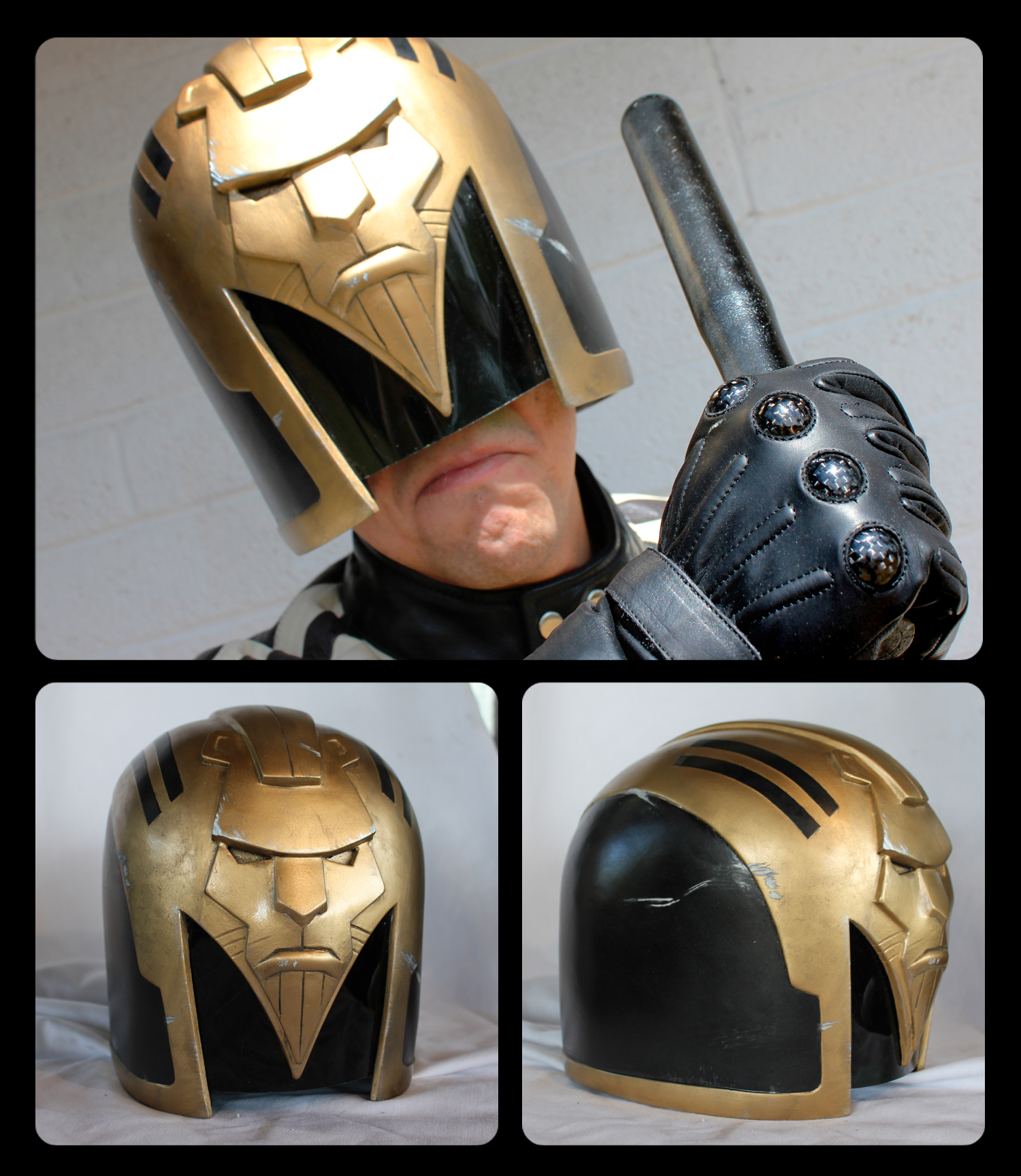 My concept for the contest was to adapt the comic book design of the Brit-Cit Judge's helmet, so it works in the world that 'Dredd 3D' established. I approached the design and build as if it was pre-production work for a much hoped-for sequel.

For this design, I tried to retain as much of the comic's style as I could. The original has the taller dome which I'm sure is a nod to an English Bobby's helmet and a massive lion across the forehead. I made good use of both of these aspects. Amazingly enough, the field of vision is actually very goodmuch better than I expected.

I used a Shade 5 Welding shield for the visor, and padded the interior so it fits snugly, but also comfortably.

As part of my production department's design exploration, I consider this to be version 1.0. The next step would be to reduce the size of the lion and open up the faceplate for better vision. I also think a set of light up eyes on the lion would be a cool addition. Nothing would scare a perp like red eyes in the night.
Click to expand...
Ooh that's nice!
Ooh that's nice!
Love it!! Glad I could be there to witness it's creation!
simply one of the best